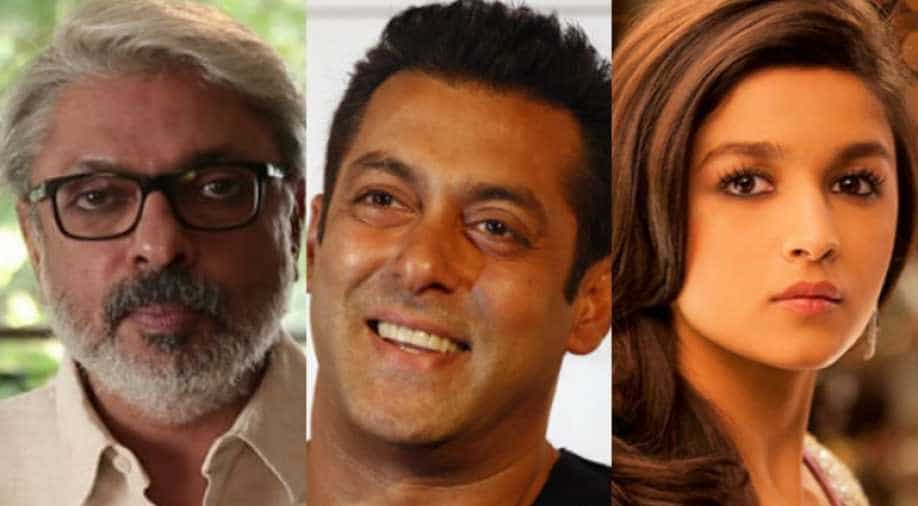 Alia Bhatt would be working with Khan and Bhansali for the first time in her career. Photograph:( WION Web Team )

Salman Khan will be teaming up with Bhansali after 20 long years.

Salman Khan is keeping his date with fans on Eid 2020. The actor's film with Sanjay Leela Bhansali, titled 'Inshallah' will be releasing on Eid next year.
The `Bajrangi Bhaijan` actor will be sharing screen space for the first time with Alia Bhatt.

Film critic and trade analyst Taran Adarsh shared the details about the project on Twitter.

Interestingly, the Salman and Alia starrer will clash with Akshay Kumar`s `Sooryavanshi` which is also scheduled for a 2020 Eid release.

Salman and Sanjay are uniting for a film after 19 years. The two had first worked together in the director`s debut film `Khamoshi: The Musical` (1996). They last worked together on `Hum Dil De Chuke Sanam` (1999), the film also starred Aishwarya Rai Bachchan and went on to become one of the biggest blockbusters of that time.Salman also had a brief cameo in Ranbir Kapoor-starrer `Saawariya`. Also read: Salman Khan's 'Bharat' leaked online by Tamilrockers

The actor expressed his happiness and thanked his fans for the overwhelming response."Big thk u sabko fr giving sabse bada opening mere career ka par what made me the happiest and proudest is ki during a scene in my film jab national anthem is recited ev1 stood up as a mark of respect. There could be no bigger respect for our country than this... Jai Hind Bharat," he tweeted.

Salman will next be seen in Prabhu Dheva`s `Dabangg 3` while Alia who was last seen in the period drama film `Kalank` is shooting for `Brahmastra` alongside Ranbir Kapoor in Varanasi.