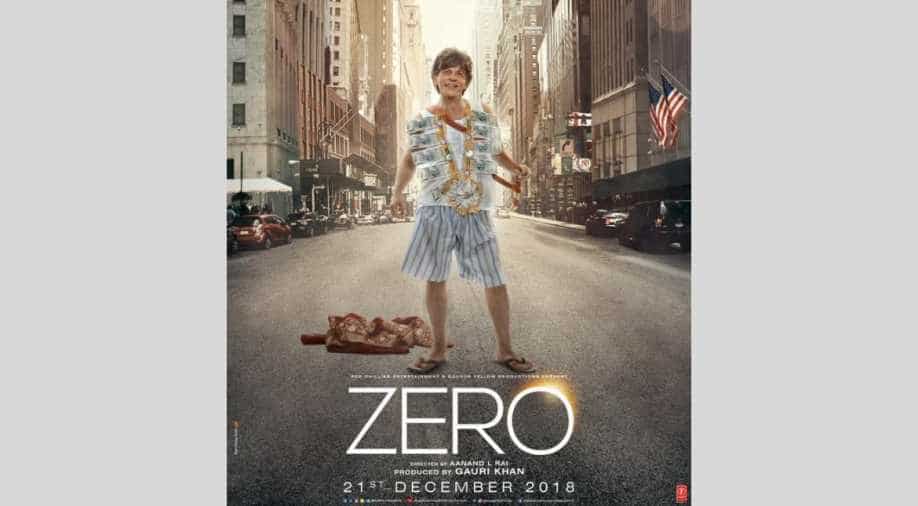 A complaint has been filed against Shah Rukh Khan and Aanand L Rai for hurting sentiments of the Sikh community in way of a poster of their upcoming film ‘Zero’ in which the protagonist is shown as carrying a Gatra Kirpan as an ordinary dagger. Delhi Sikh Gurdwara Management Committee (DSGMC) general secretary Manjinder Singh Sirsa filed the complaint on Monday. Watch the film's trailer here.

The complaint filed by Manjinder with the SHO, North Avenue in New Delhi reads:

“It is submitted that I being the General Secretary of Delhi Sikh Gurdwara Management Committee, have received number of complaints from the Sikh Sangat for hurting the sentiments of Sikhs by movie Zero directed by Mr Aanand L Rai. In the movie, film actor Shahrukh Khan has been shown wearing ‘Gatra Kirpan’ (Article of Sikh Faith) and in their movie promo which has created an outrage among Sikh community worldwide. As per the Sikh rehat maryada only Amritdhari Sikh person can wear Gatra Kirpan.

Filed a complaint as well as this promotion hurts Sikh sentiments pic.twitter.com/yuTpVPLfij

In his complaint, Manjinder also emphasised on ‘Zero’ director to remove the objectionable scenes, failing which the Sikh community will stage protests at theaters to stop the film’s screening. Also read: How Shah Rukh Khan took extra measures to protect Anushka Sharma's look from being leaked

The trailer of the film and some new posters were released on Shah Rukh Khan’s birthday, November 2 in a grand manner. The trio Shah Rukh, Katrina Kaif and Anushka Sharma came dressed to address media questions.

‘Zero’ will release on December 21. It will get a solo release on this date.