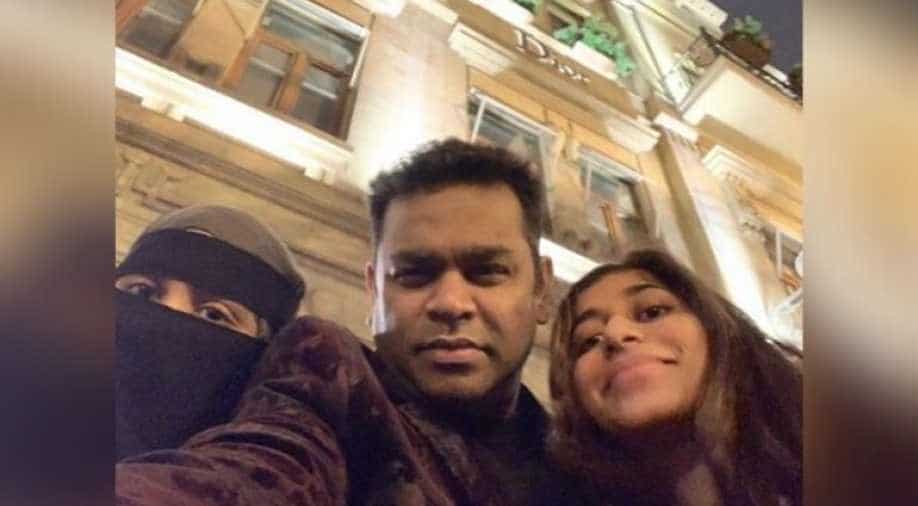 Music composer AR Rahman has responded to the recent controversy involving his daughter Khatija and Bangladeshi author Taslima Nasreen that made headlines a few days back.

Music composer AR Rahman has responded to the recent controversy involving his daughter Khatija and Bangladeshi author Taslima Nasreen that made headlines a few days back. In a tweet, which has now been deleted, Nasreen had said, "I love AR Rahman’s music. But whenever I see his dear daughter, I feel suffocated. It is depressing to learn that even educated women in a cultural family can get brainwashed very easily!"

Khatija had slammed the author in multiple posts on Instagram where she had asked Nasreen to get 'fresh air' if she felt suffocated.
Now speaking to The Quint, Rahman has said that he did not react to Nasreen's comment at all and appreciated daughter Khatija for speaking her mind. "I think what’s good is if we bring them up in a way that they (children) know our troubles, they know our problems. They know that they have to inherit the good and the bad from us. That’s it. And then, they are given free will and she did it and then I asked her, ‘What about the next question? Did you answer that?’ (She said) that’s it, daddy, I am done."

Rahman also revealed that Khatija did not consult him before she put out her posts on Instagram. "No, I think she put it out and then I put it out on Instagram. I thought it was needed because she is behind the veil and it’s her choice."

The Oscar-winning musician added, "More than the religious thing I think, I personally think it is a psychological thing. Because she sang a song and around 10 million people were having it as their ringtone. If you take a little kid who is an introvert and suddenly people are spamming them with good and bad, anybody would shut off."

"A male is not supposed to wear a burqa, otherwise I will wear one. It would be so easy to go and shop, find a steady life. You know, I think, she finds her freedom. Because she is somebody who will go for a funeral of a maid's mother or maid's relative. And I get awestruck with her simplicity and what she does socially," the musician further added.

Not just Khatija, Rahman's second daughter Raheema too posted images of her and her sister defending her choice.  Raheema shared photos of the two sisters with their famous dad on Instagram pointing out that her family let everyone choose their own attire.