Cardi B, Offset got drunk heavily prior to Miami brawl 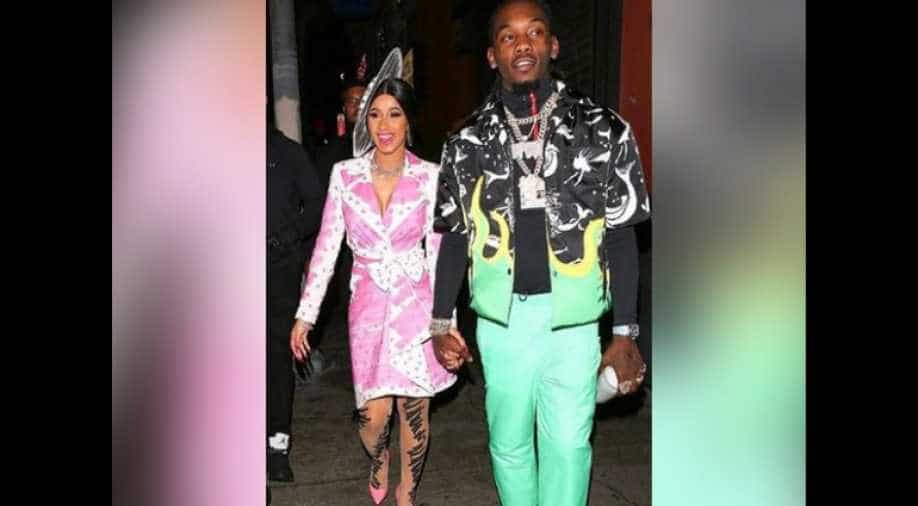 Cardi B  seemed to be stumbling, while another tells she was facing trouble because of her sky-high heels

American rapper Cardi B and her husband Offset had been drinking heavily during a wild night out before Offset threw punches in the crowd at a Miami strip club, early Friday morning (local time).

According to, Offset was seen swinging at a person whom the rapper suspected of splashing his wife with champagne. The outlet has also been told that Cardi arrived at Liv nightclub at Fontainebleau at 2:30 a.m while her hubby showed up to join her a little later.

According to an insider, Cardi B was drinking the entire time she was at the club. According to an attendee who was present in the club at that time, "The 'Bodak Yellow' rapper had a beer bottle with her before she performed and then was drinking on stage as well."

She was raising her glass and asking everyone in the crowd to 'have a drink with' her," one of the attendees told a news agency.

Another insider described her drinking as "nonstop." A different insider revealed that the 'Money' rapper seemed too drunk to finish her set, but the club insisted her to finish all the songs that she had been scheduled to perform.

According to an attendee, she seemed to be stumbling, while another tells she was facing trouble because of her sky-high heels. Offset also performed their song 'Clout' with her wife at the club.

According to the outlet, the pair left to head to fully nude strip joint Booby Trap on the River.