'Bunty Aur Babli 2' review: Saif Ali Khan, Rani Mukerji's film is not half as fun as the original 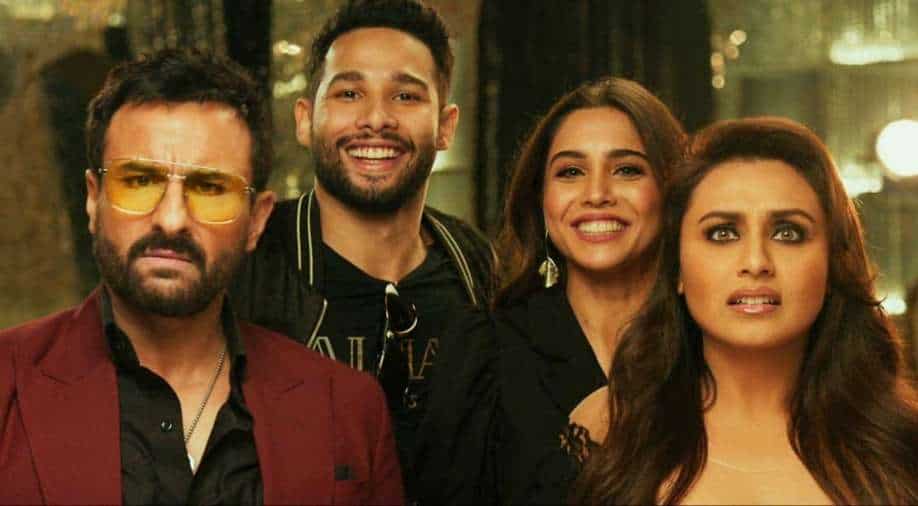 'Bunty Aur Babli 2' is not a bad film but it lacks the crazy fun that the first one had offered.

There are some things that should remain untouched. Filmmaker Shad Ali's blockbuster con heist 'Bunty Aur Babli' was released in 2005 to a packed audience. It had a lot going for it. A fantastic soundtrack, a popular pair on screen, Amitabh Bachchan and an entertaining story where the lead pair sold the Taj Mahal. 16 years later as the sequel 'Bunty Aur Babli 2' releases in theatres with a story similar to the first one- the fun is missing mostly.

Filmmaker Varun Sharma directs a story written by producer Aditya Chopra where Rakesh and Vimmi - the original Bunty Aur Babli- are now old and living a simple life with their son. Their days of con are in the distant past and Rakesh (Saif Ali Khan) is now a pott bellied ticket checker with the Indian railways married to over-the-top, loud Vimmi (Rani Mukerji) who bosses over her husband and indulges her son. They are forced to come back to business- rather help cop Jatayu (Pankaj Tripathi) to nab another pair who are carrying out similar cons years later and claiming to be Bunty and Babli( Siddhant Chaturvedi and Sharvari Wagh).  While Rakesh and Vimmi still know their job, the younger pair seem to outsmart them at every step. The senior two are close on their heels but still unable to nab the younger two.

When the first film came out in 2005, India was at the cusp of IT-boom. The main protagonists were from small towns - aspiring to become upmarket and rich. Now in 2021, where smart phones and internet has reached the remotest of the villages in India, the scenario is different. The innocence that Shaad Ali's film's characters had is seemingly missing in part 2 of the film. Sharma's Bunty and Babli are do-gooders though but are smart alecs, who know all about Human Rights, Social media activism and tax inavsions. The new pair- Siddhant Chaturvedi and Sharvari Wagh- look great together onscreen and represent the new generation- which is woke and conscious of their surrounding. 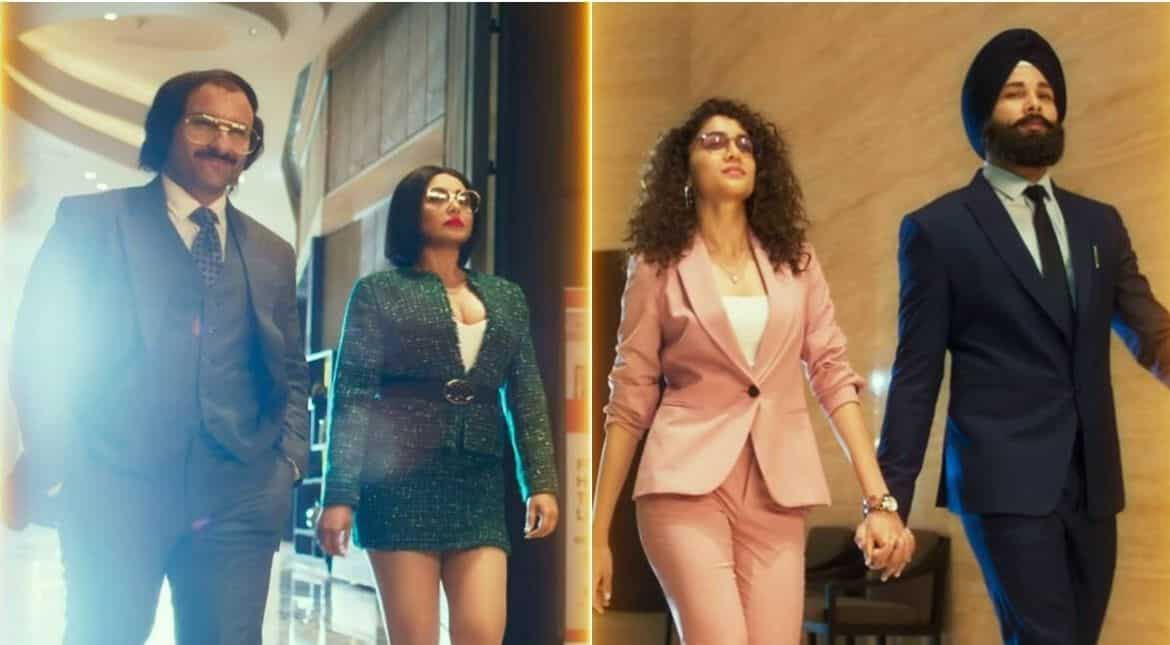 It also doesn't help that Abhishek Bachchan, who played Bunty in the original and brought his effervescent charm to the character, is not part of the new film. I have never missed Bachchan on screen as much as I did while watching 'Bunty Aur Babli 2'. Make no mistake, Saif Ali Khan is a great actor and has proved his versatility time and again in films, but he lacks the boyish charm that Bachchan had brought to the character. He also shared crackling chemistry with Rani Mukerji, who in the sequel shows sparks with her loud, brash act as Vimmi but it's her garish costumes- designed by Sabyasachi Mukherjee- that overpowers everything else on the screen most of the time.

The sequel keeps referring to the original in various scenes which is the ideal way to approach a sequel of any hit film- for better recall value. But when you have two key actors - Bachchan senior and junior- missing from the film, maybe it's a better idea to keep the references to minimal and help the viewers identify more with the present story.

The film also has very average songs composed by Shankar Ehsaan Loy, who had delivered a smashing album back in the day. The songs of the original are still played at parties and gatherings. From the current album, the trio only shows spark in the song 'Luv Ju'.

'Bunty Aur Babli 2' is not a bad film but it lacks the crazy fun that the first one had offered. Perhaps the success of the original looms large over the film throughout making it only half as fun as it sets out to be.