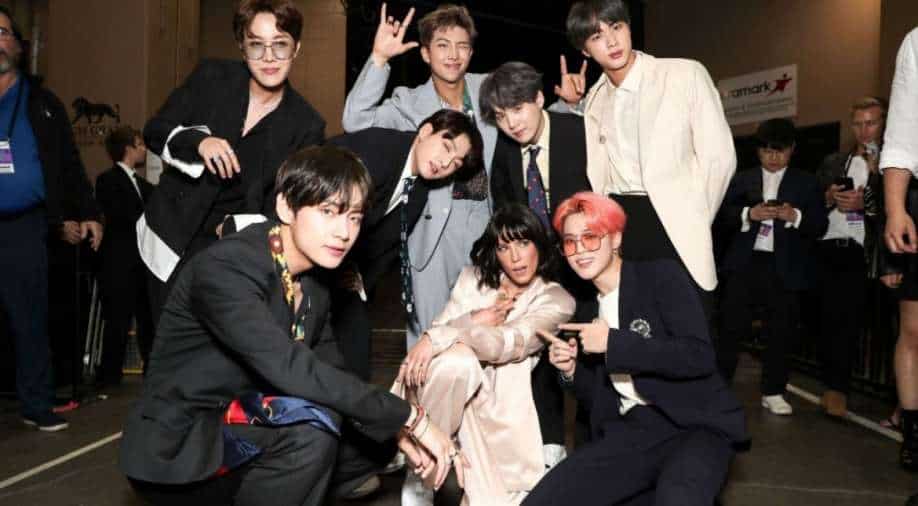 The newly released K-pop hit, BTS’s 'Permission to Dance' is 127bpm, which means a big no!

BTS recently released soundtrack 'Permission to Dance'  is the new internet sensation, but seems like the South Korean government has a different perception on the song.

The government has put a ban on BTS' new hit track in Seoul's gyms and the reason is actually beneficial for people. Everyone loves speedy and energetic songs during the workout but, as per the rules, the tracks above a certain speed will be banned as they cited -- the songs are potentially dangerous for exercise during the pandemic and to stop the spread of Covid-19 infections.

The new and unusual rule by Health Officials in South Korea says music with a higher BPM (beats per minute) count of 120 is banned to be played during group exercises such as aerobic, spin classes and also to prevent fast breathing and sweating onto other people.

The newly released K-pop hits, BTS’s Permission to Dance is 127bpm, which means a big no! But the good news for BTS fans is that BTS’ other new track 'Butter' is not on the list of banned tunes.

Responding to the ban, Kang Hyun-ku, a gym owner, told Reuters, “Playing bright tracks is to cheer up our members and the overall mood, but my biggest question is whether playing classical music or songs by [the boyband] BTS has been proved to have any impact on spreading the virus,”
He added, “Many people use their own earphones and wearable devices these days, and how do you control their playlists?”