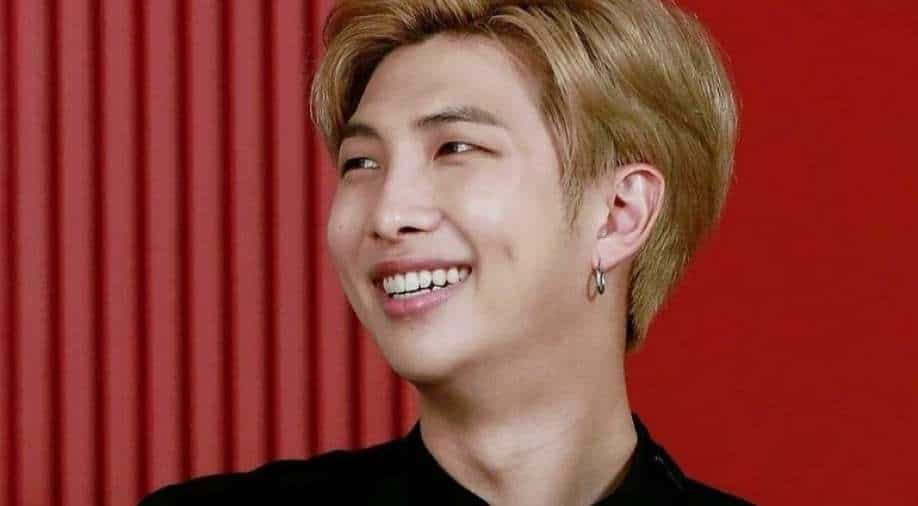 Recently, the K-Pop star took to Twitter to reveal he visited an art exhibition in Seoul, South Korea. RM stepped out to visit an art display at the National Museum of Korea.

BTS rapper RM aka Kim Nam-joon shares a close relationship with art and history and his frequent visits and donations claim the same.

Recently, the K-Pop star took to Twitter to reveal he visited an art exhibition in Seoul, South Korea. RM stepped out to visit an art display at the National Museum of Korea.

He also shared two photos from the exhibition along with a picture of his bicycle and a selfie. The work is a part of the 'After Every Winter Comes Spring' exhibition. It was revealed that the picture of the plants is done by Eom Yujeong, as part of their solo exhibition 'Feuilles'. RM shared a series of photos with emojis representing winter and spring.

On the work front, BTS has topped the list of 2020 Most Tweeted About Musicians in US list for the fourth consecutive year. A Twitter survey recently rounded up the most trending topics of last year.

Following BTS on the second spot was Kanye West with Beyonce and Drake taking up the third and fourth position. The year 2020 easily belonged to BTS with the 7 member band topping US charts for weeks. They also released their first English track 'Dynamite' last year which was one of the most heard songs of the year.

BTS hits 'Dynamite', 'ON,' 'Black Swan' and 'Life Goes On' were the top four most tweeted about tracks. Korean boy band GOT7 earned the fifth spot with their smash record 'Breath.'

According to the survey, BTS were the topic of roughly 6.7 billion tweets in 2020. Globally, most tweets about the stars were generated from Twitter users in Indonesia and India, followed by South Korea, the Philippines and the US.

BTS also created history as it became the first K-pop band to earn a Grammy nomination earlier this year in best pop duo/group performance category for their song 'Dynamite'.