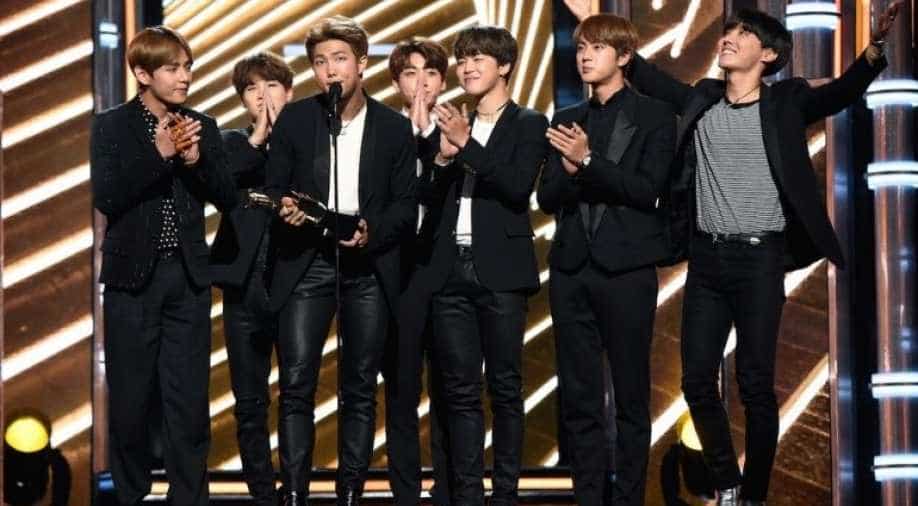 Big Hit Entertainment Co Ltd, the management agency of South Korean K-pop group BTS, saw its stock fall as much as 23% on Friday, extending losses from its debut the previous day as pricing eased after pre-listing hype.

The stock had dipped from its debut price ahead of Thursday closing, with analysts saying the lower price should be viewed as more reasonable and based on the fundamentals of a company which relies heavily on that one boy band for revenue.

Analysts said Big Hit`s valuation based on its initial public offering (IPO) price of 135,000 won per share was comparable to peers such as K-Pop agencies SM Entertainment Co Ltd and JYP Entertainment Corp.

In pics: From Debut to Breaking Own Records: A Look back at BTS incredible journey

They said the price, which fell as low as 199,000 won on Friday, seemed to be returning to Earth after a period of overheated speculation pushed Big Hit`s debut to double the IPO price and then fuelled a further 30% surge shortly after.
The short-lived surge echoed the strong debuts of SK Biopharmaceuticals Co Ltd in July and Kakao Games Corp last month, as South Korean retail investors known as "Ants" capitalise on government economic stimulus which has flooded markets with cash.

However, unlike a pharmaceutical maker with a pipeline of drugs or a mobile game developer benefiting from a stay-at-home trend, K-pop agencies that depend on a few star artists can see more fluctuation in share prices, analysts said.
BTS accounted for 97.4% of Big Hit's revenue in 2019 and 87.7% in the first half of 2020, a regulatory filing showed.
"Big Hit`s reliance on BTS is still absolute when including non-management, indirect sales such as merchandise, intellectual property and content," said Hyundai Motor Securities analyst Kim Hyun-yong. "It must make all-out efforts to create a post-BTS revenue source."