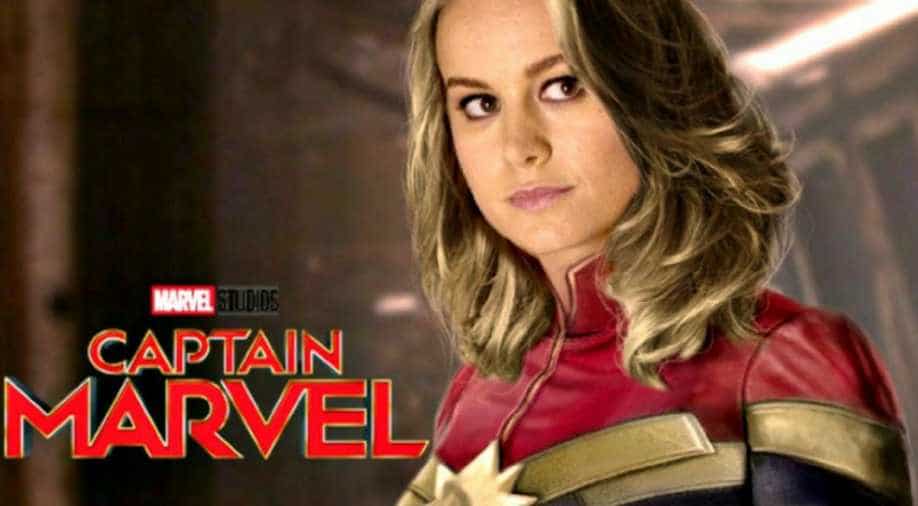 Larson appeared in the latest episode of ‘Jimmy Kimmel Live!’ and talked to the host about the amount of effort and training she put in for her character in the film.

Ahead of the release of ‘Captain Marvel’ this week, the film’s star Brie Larson opened up about her superhero avatar and how she mastered the role. Larson appeared in the latest episode of ‘Jimmy Kimmel Live!’ and talked to the host about the amount of effort and training she put in for her character in the film.

"You`re the captain now," Kimmel greeted her.After joking for a few minutes that Kimmel should wear the Captain Marvel costume, he asked her about when she first agreed to play the superhero role.

"At least three years ago," Larson said. She also revealed that she wasn`t allowed to tell anybody about the job for a year, "I was so scared," she joked, hinting at the fear of getting fired.

The host also asked the actor what it was like filming with Samuel L. Jackson, to which Larson responded saying they have become actual friends while doing three movies together and travelling the world.

"There`s things that only we know," she said of their bond. Speaking about Larson’s role of an air force pilot in the film, Kimmel pointed to some real air force pilots in the audience who were on the film as consultants.

"There`s a lot of sense of humour in the air force," Larson said, talking about how the pilots would warn her about a "50/50" chance of puking in the air during aerial action scenes. The actor also revealed training for nine months to achieve the physicality required for the role. She also had to learn how to make a "cool face" for many scenes, especially big trailer moments.

She explained how it was hard because she would sometimes start laughing and the stunt team had to dive in with suggestions for body movements like the "clenching" of her fist and jaw while turning around slowly.Larson demonstrated the “cool face” for the audience, encouraging Kimmel to give it a go as well.