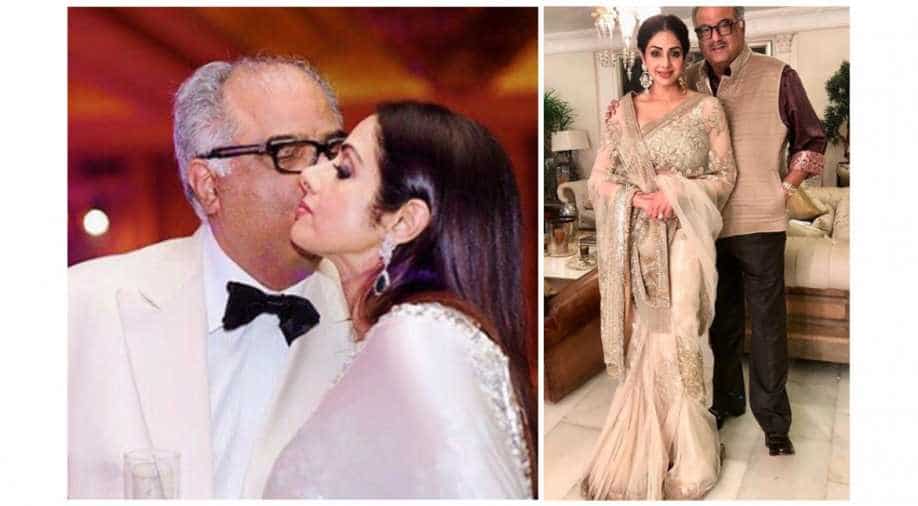 As the Tamil remake is underway, Ajith will play the role that Amitabh Bachchan essayed in the Hindi film while Vidya has a special appearance.

Indian film producer Boney Kapoor who is producing the Tamil remake of ‘Pink’ with Vidya Balan and Ajith Kumar called it an “ode to Sridevi”.

In a report published in DNA, Kapoor added that the late actress wanted Ajith to do a Tamil film with their production house. This, as Sridevi and Ajith Kumar, worked with each other in the Tamil version of ‘English Vinglish’.

Kapoor said, "While working with Ajith in English Vinglish, Sridevi had expressed her desire that Ajith does a Tamil film for our home production. Nothing exciting came up till one day last year. Ajith suggested remaking Pink in Tamil. She immediately agreed as she thought it was the most appropriate and timely film to make and Ajith would bring all the elements required to make it into a great Tamil film."

‘Pink’ was a hit Hindi film starring Amitabh Bachchan and Taapsee Pannu in lead roles. It released in 2016 and won the National Film Award for Best Film on Other Social Issues.

As the Tamil remake is underway, Ajith will play the role that Amitabh Bachchan essayed in the Hindi film while Vidya has a special appearance. Tamil debut with this film.

The film is titled ‘AK 59’ and is currently being shot in Hyderabad. The film also stars Shraddha Srinath, Adhik Ravichandran, Arjun Chidambaram, Abhirami Venkatachalam, Andrea Tariang, Aswin Rao and Sujith Shankar. It is being directed by H. Vinoth.

On his future work apart from the remake, Kapoor said, "Pink is the first, and there will be many more to follow. I have the rights of Badhaai Ho as well, which will also be planned in Telugu and Tamil.”

In Pictures: Remembering Sridevi: The most iconic roles that made her Bollywood's first female superstar