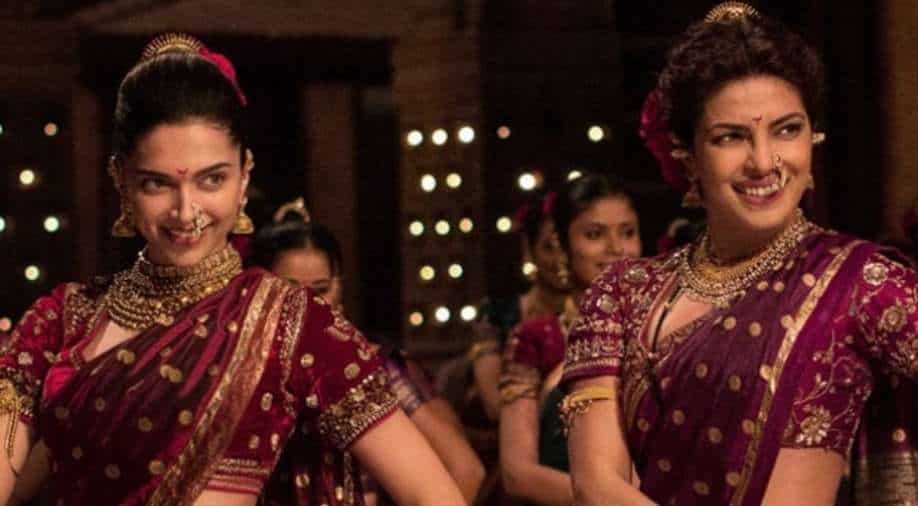 Deepika Padukone and Priyanka Chopra Jonas in a still from the film Photograph:( Instagram )

Bollywood filmmaker Sanjay Leela Bhansali expected to see 'their (referring to Deepika Padukone and Priyanka Chopra Jonas) chairs to be back-to-back, making catty remarks about each other' but nothing of that sort happened during the filming of 'Bajirao Mastani'.

Given, ‘Bajirao Mastani’ is one of the richest work of art Indian filmmaker Sanjay Leela Bhansali has ever made but the director expected his leading ladies—Deepika Padukone and Priyanka Chopra Jonas (then Chopra)—to be catty on the sets, reports an Indian daily.

The ace director reportedly said, “I was expecting their chairs to be back-to-back, making catty remarks about each other. I wanted some drama to unfold. Instead, they were like giggly schoolgirls. I wanted them to be competitive in the song ‘Pinga’.”

“I know both of them are competitive in their minds. I told them…it’s not that you both are really all plain Jane and simple, so show me that. But they didn’t budge. Sigh! So, I said… go ahead and gossip about your shopping,” he went on to add.

Priyanka Chopra Jonas and Deepika Padukone are leading Indian actresses and both of them have made their mark globally in their own right. The ladies are also supportive of one another’s work on social media and even post birthday wishes.