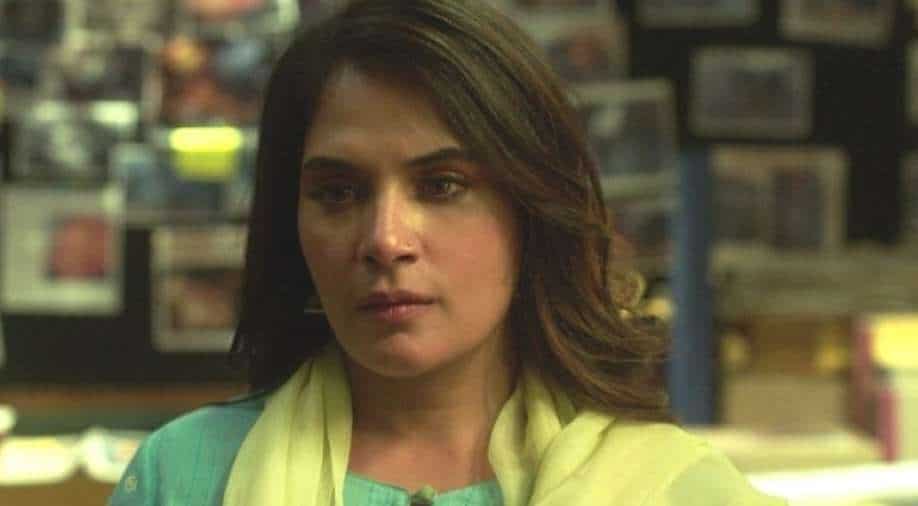 In Kunal Kohli's new film 'Lahore Confidential', Richa Chadha plays an Indian Spy who is sent to Pakistan to bust a terror plot.

In Kunal Kohli's new film 'Lahore Confidential', Richa Chadha plays an Indian Spy who is sent to Pakistan to bust a terror plot. The film which is a ZEE5 original is a thrilling love story and created by India's most prolific crime writer S Hussain Zaidi.

The atmospheric and eerie trailer which was released on Thursday revolves around a humble, divorced Indian woman named Ananya and amidst her mundane-routine life, she finds herself on a secret intelligence duty in Pakistan. But her love for Urdu literature will have her falling in love that will eventually put them in a tug of war with each other. A contemporary, elegant and thrilling love story that is based in Pakistan and has a strong sense of patriotism and thrill entangled with old school romance. But the question is, will she do whatever it takes for the love of her country?

Commenting on his film, director Kunal Kohli said, "In an OTT space, we hardly see spy thrillers with a romantic backdrop, hence Lahore Confidential will definitely be a refreshing watch for the viewers and I hope the element of classic romance will sweep everyone off their feet. We have shot the film during the lockdown and it’s exciting to have the trailer dropped too. The trailer introduces the audience to the characters and sets forth its dramatic premise. The film builds intrigue throughout its narrative and the background score establishes the spy-thriller tonality (you will see this in the trailer too)."

Richa Chadda shares, “The film is a romantic spy thriller with a classic romantic backdrop. It has lot of high octane scenes and settles the dust at various intervals as well. Working with Kunal was extremely refreshing, he defiantly brings the characters to life and with its contemporary style, he makes us look like characters right out of a classic novel. I hope audience enjoy the trailer and the film which premieres on 11th December on ZEE5.”