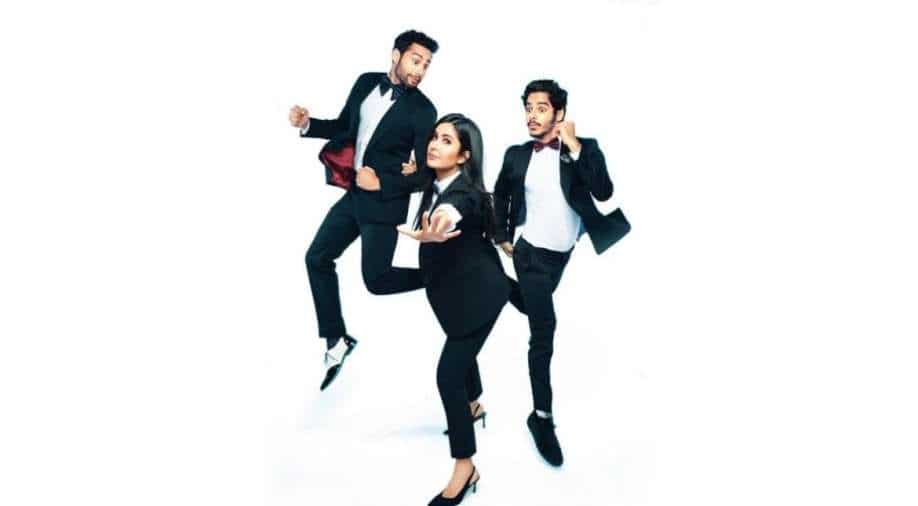 This is for the first time when Katrina Kaif, Siddhant Chaturvedi and Ishaan Khatter will be seen in a film together.

Directed by 'Mirzapur' fame Gurmmeet Singh, the movie will release on July 15, 2022. This is for the first time when Katrina, Ishaan and Siddhant will be seen in a film together.

The movie is produced by Farhan Akhtar and Excel Entertainment.

The first poster of the movie was released last year. Sharing the poster, Siddhant wrote, "Triple Trouble In Bhoot World! Darna allowed hai, as long as you're laughing along the way. #PhoneBhoot, ringing in cinemas in 2021 (sic)."

Besides this film, Kaif will star in a road trip movie named 'Jee Le Zaraa' alongside Priyanka Chopra Jonas and Alia Bhatt and in the third part of 'Tiger' franchise alongside Salman Khan.

Chaturvedi will star in romantic action-thriller 'Yudhra' and an untitled movie with filmmaker Shakun Batra alongside Deepika Padukone. Meanwhile, Khatter will star in the war-drama 'Pippa'.