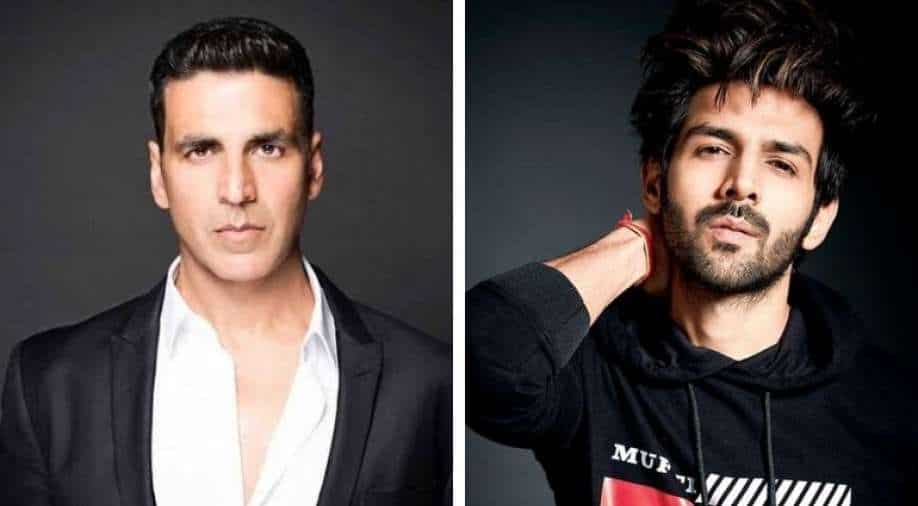 Ever since the news of Kartik Aaryan’s ouster from 'Dostana 2' due to ‘creative differences’ surfaced, speculations are on about who would replace him and would be roped in as the new lead in the film.

Kartik Aaryan's exit from Dharma Production's 'Dostana 2' created headlines a few months back. The actor and Karan Johar's production house parted ways reportedly due to 'creative difference'. Ever since his exit, speculations on who would replace him have been doing the rounds.

If media reports are to be believed, Akshay Kumar is likely to join the project soon. According to a report in HT, Akshay Kumar has been requested by Dharma Productions to join the cast of 'Dostana 2' - a project which had begun its filming when Aryan left.

A source told the publication,"Karan Johar has personally requested Akshay to come on board 'Dostana 2' and help him out, as lots of money has already been invested in the shoot of the film. So, in all likelihood, Akshay will join the cast."

A romantic comedy, 'Dostana 2' is being helmed by Collin D'Cunha and stars Janhvi Kapoor and debutant Laksh Lalwani. The story is reportedly about a brother and sister duo falling for the same man. The film is a sequel of 2008 'Dostana' which starred Priyanka Chopra, Abhishek Bachchan and John Abraham in the lead.

There has been no official confirmation on the casting from Johar and Akshay Kumar yet.