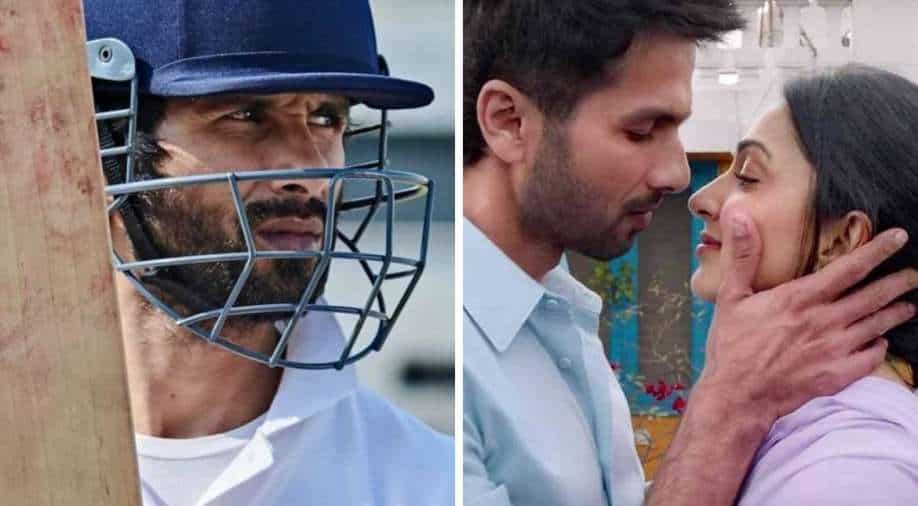 Shahid Kapoor in 'Jersey' and a still from 'Kabir Singh' Photograph:( Twitter )

Shahid Kapoor unveiled the trailer of his new film 'Jersey' on Tuesday and his 'Kabir Singh' co-star Kiara Advani had the sweetest message for him.

Much like his fans, Preeti has missed her Kabir Singh. Bollywood star Shahid Kapoor unveiled the trailer of his new film 'Jersey' on Tuesday and his 'Kabir Singh' co-star Kiara Advani had the sweetest message for him.

Kiara is all praise for Shahid after watching the intriguing trailer of `Jersey`, which was released by the makers on Tuesday.

Taking to her Instagram story, Kiara shared the trailer video and wrote, "The screen has missed you SK! Looking forward to Jersey! I know how special this film is to you. @shahidkapoor."

Also read: Shahid Kapoor: Went to everybody like a beggar after 'Kabir Singh' released

Replying to his 'Preeti' (Kiara`s character name in 'Kabir Singh') on his IG story, Shahid wrote, "Till we meet again Preeti ji," adding growing heart emoticons to it.

The makers of Shahid's upcoming film 'Jersey' released the film's trailer on Tuesday.

The cricket-themed film which also stars Mrunal Thakur is a remake of a Telugu film by the same name. The film had won a National Award in 2019.

Shahid is also set to star in filmmakers Raj and DK's upcoming OTT project which will also feature actor Raashi Khanna.He will also be seen in an action avatar in the new film titled 'Bull'.