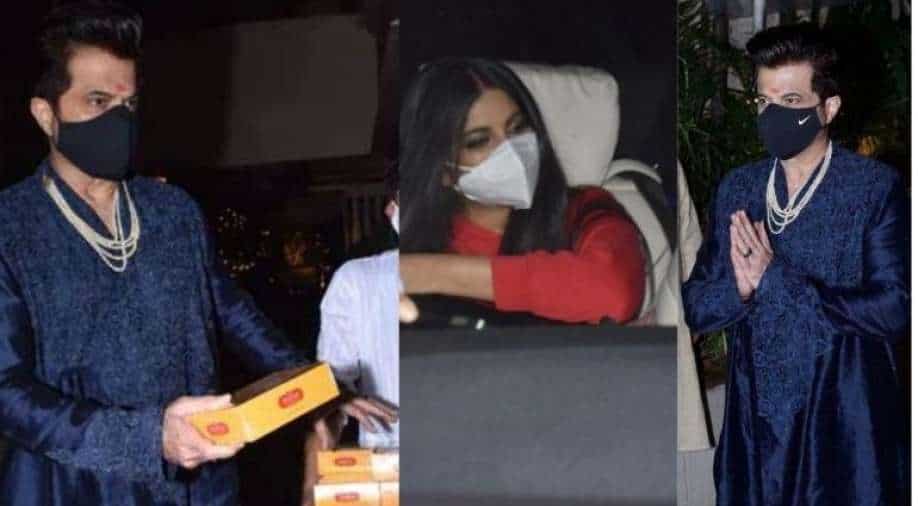 Rhea Kapoor is second of the three children of Anil and Sunita Kapoor including actors Sonam Kapoor and Harshvardhan Kapoor, and she is also the niece of filmmaker Boney Kapoor.

Rhea Kapoor and Karan Boolani`s wedding festivities was reportedly a star-studded affair. Rhea`s father, Bollywood actor Anil Kapoor greeted the media and included them in their celebration by distributing sweet boxes to them.

As per reports while distributing the sweets, Anil could be seen wearing a navy blue kurta teamed with a white dhoti. He accessorised his outfits with pearl necklaces and was also seen wearing a mask for COVID protection.

Filmmaker Boney Kapoor, who is also Anshula and Arjun`s father, arrived dressed in all-white. According to reports, Anil`s sister Reena Kapoor and her husband Sandeep Marwah were also one of the guests to arrive at the festivities and so was their son Mohit Marwah.

Rhea Kapoor is the second of the three children of Anil and Sunita Kapoor including Sonam Kapoor and Harshvardhan Kapoor and she is also the niece of filmmaker Boney Kapoor. She has co-produced films such as `Aisha`, `Khoobsurat` and `Veere Di Wedding`, all three starring Sonam. Rhea reportedly fell in love with Karan Boolani while they were on the film sets, shooting for `Aisha`, and have been going strong ever since.