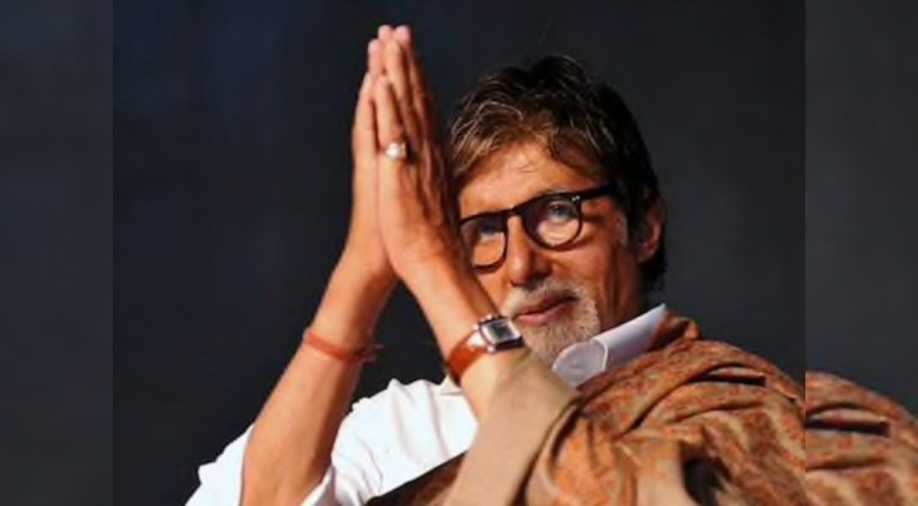 Amitabh Bachchan said it is "embarrassing" to publicise about charity work that one does.

In his blog, the Bollywood megastar mentioned that he has always been low key about his philanthropic actions, but chose to pen a detailed account of some of the charitable work he had done amid the coronavirus pandemic to respond to those who criticise celebrities for not helping people.

In the post, Big B explained he has extended help to as many people as possible since last year when the pandemic hit the nation.
Responding to a section of social media users, who have been critical of film personalities for not using their social capital and reach enough towards COVID-19 crisis, Bachchan said it is "embarrassing" to publicise about charity work that one does.

"Yes I do charity, but have ever believed it to be done, than spoken of.. It is embarrassing, in too great a self consciousness .. Of one that has ever felt shy of public presence despite the profession - one that has to find its usp in public domains is relevant today for me (sic)," he wrote.

Bachchan said he also provided masks and PPE (personal protection equipment) units to frontline warriors from his personal funds, along with setting up a 250-450 bed care centre with donation at the Rakabganj Sahib Gurudwara and procured oxygen concentrators from overseas to be donated in Delhi and Mumbai.

"A 250 to 450 bed care center set up with further donation at the Rakabganj Sahib Gurudwara today in Delhi and soon to procure for them O2 ( Oxygen ) concentrators, not in stock or easily available , from overseas limited stock to be donated to Delhi where the need is immense and some to Mumbai ..

"Coming in within the week .. 50 of them coming in from Poland by 15th and the rest around 150 from perhaps the US .. Orders placed , some have arrived and given to the hospital in need," he added.

The actor said, as the virus spread, he donated an entire diagnostic centre opened at Bangla Sahib Gurudwara in Delhi through the Delhi Sikh Gurudwara Management Committee, to honour his mother and social activist Teji Bachchan and her parents.

"... Set up in the premises of the gurudwara for medical help for the poor and needy .. An MRI machine and other Sonographic and Scan equipments of expenses beyond my means, but set up inspite .. In the memory of my Nana , Naani and my Mother .. (sic)".

The actor said he and his family never felt pressured by the "every day abuse filth" on the Internet and rather quietly continued to help people.

"The pressure though .. The every day abuse and the filth of distasteful comment has never been of attention to me or to the family.

"..We have seen it from time immemorial.. Happens.. Some are ridden with the wisdom that it shall happen.. So all the efforts continued in the quiet.. No divulge to the information agencies.. No talk of it either.. Only the receiver knew and that was the end," he added.

Bachchan then detailed some of his charity work, including providing financial aid to over 1,500 farmers, whose bank loans were paid off from his personal funds thereby preventing them from suicide.

The actor shared that he had also extended help to the families of the 40 CRPF personnel who died in the February 14, 2019 Pulwama terror attack.

"The martyrs at Pulwama after the terrible terrorist attack, their families spread all over the land contacted and brought to Janak (one of Bachchan's bungalows here) and given succour at the hands of Abhishek and Shweta (children)," he added.

Talking about his contribution towards the country's COVID-19 crisis, Bachchan said last year he provided food to over 400,000 daily wage earners in the country for a month and fed almost 5,000 people in the city every day.

According to the Hindi cinema veteran, he also helped several migrants to travel back home to UP and Bihar in buses, supplied them food and water, besides arranging flights for some migrants to UP, Bihar, Rajasthan, Jammu and Kashmir.

He also said he contributed funds to set up a hospital care centre with 25 to 50 bed capacity in suburban Juhu with all facilities, which should be up by May 12, besides donating machines helpful in "the detection of CoviD" to Nanavati Hospital here.

Bachchan said he has taken the responsibility of raising young children orphaned by the sudden death of the parents and have adopted two who shall be put in an orphanage in Hyderabad.

He also has been feeding about a 1,000 people in the slums in the city, he added.

"AGRANDISEMENT.. !! NO .. Let it be emulated.. If each were to put in not the above but even a small drop of assistance, the severity of the situation would begin to ease .."

It is painful to see the misery around and the inability to be able to do something for the people, he said.