'Angrezi Medium' trailer: Irrfan is back with yet another heartwarming story 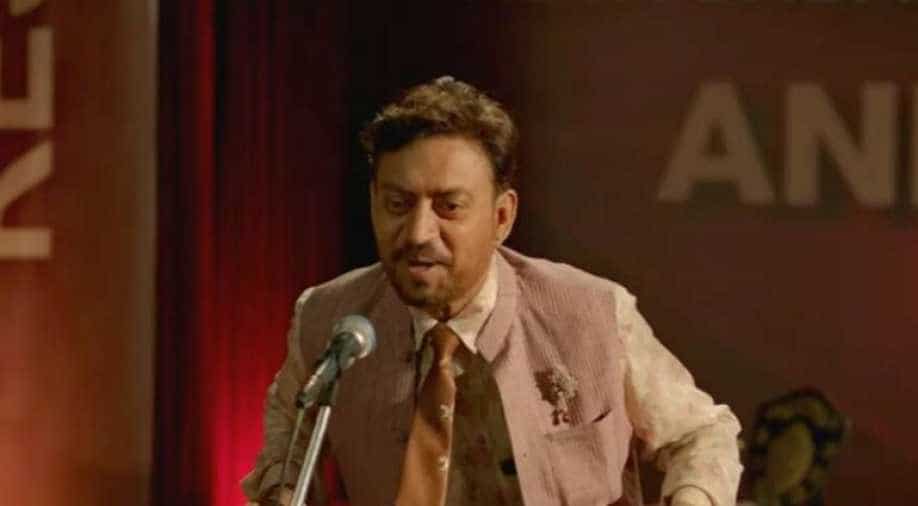 The much-awaited trailer of 'Angrezi Medium' featuring Irrfan has finally been unveiled. A sequel to 'Hindi Medium'- the film has Irrfan playing a father to Radhika Madan.

Look who's back! The much-awaited trailer of 'Angrezi Medium' featuring Irrfan has finally been unveiled. A sequel to 'Hindi Medium'- the film has Irrfan playing a father to Radhika Madan and the comedy also features Kareena Kapoor Khan, Deepak Dobriyal, Tilottama Shome, Pankaj Tripathi, Ranvir Shorey and Dimple Kapadia.

The trailer opens with Radhika graduating from her school and her father Irrfan given a speech on the occasion in his broken English. The father-daughter duo lives in Jaipur and when the daughter announces she wants to study in London- the father goes all out to ensure her dream comes true. A comedy of errors, the trailer shows Irrfan and Deepak Dobriyal in their comic best.

The actor shared the trailer on his Twitter page and quoted a line from the film. "Inside I am very emotional, outside I am very happy! Presenting the official trailer of #AngreziMedium In cinemas on 20th March 2020"

The film's first poster was shared on Tuesday along with a video message from Irrfan who declared that while he is excited to be back in films, he would not be able to promote 'Angrezi Medium' owing to health issues.

In the video, Irrfan says, "Hello Brothers and Sisters! I am Irrfan. Today I am there with you as well as not there. My film Angrezi Medium is extremely special to me. I genuinely wanted to promote this film with as much love as we have made it with. But there are some unwanted guests sitting inside my body and I am having a conversation with them. Whatever their status is, I will keep you posted. There is a saying when life gives you lemons, you make lemonade. But it is always easier said than done. Because when life gives you lemons for real, then it is extremely difficult to make a shikanji. But you have no other choice apart from remaining positive. We have made this film with that positivity and I am hopeful that this film will teach you, make you laugh and cry and then again make you laugh! Enjoy the trailer, be kind to each other and watch the film. And yes, wait for me."

'Angrezi Medium' is Irrfan's first release in two years. The actor was diagnosed with rare type of cancer in 2018 and was in London for treatment. He returned to India in early 2019 and along with the treatment, started shooting for this film.

The film has been directed by Homi Adajania and has been produced by Dinesh Vijan. 'Angrezi Medium' is slated to hit theatres on March 20.