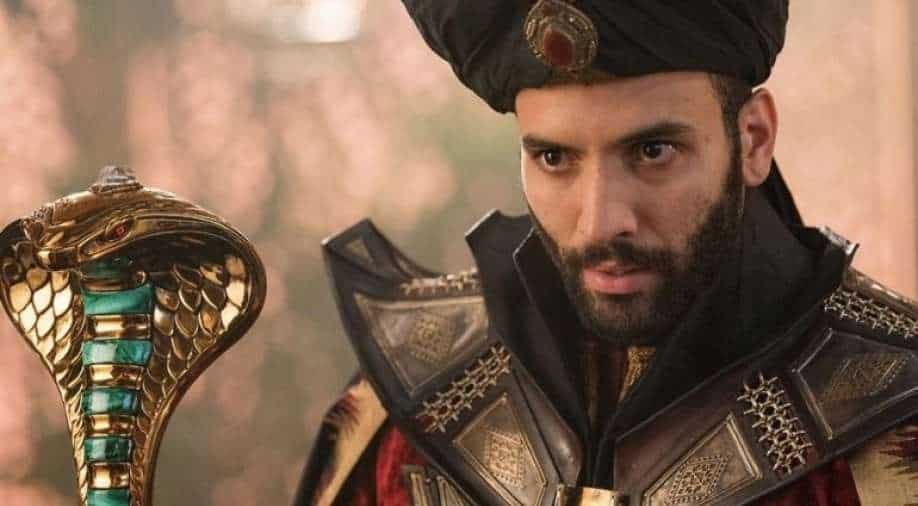 The `Aladdin` star Marwan Kenzari, who stole scenes in 'The Old Guard', is in final negotiations to join Dwayne Johnson in 'Black Adam'. According to The Hollywood Reporter, the feature is New Line`s action-adventure thriller featuring the DC Comics antihero `Black Adam`.

The project is heading toward an April start in Atlanta with Noah Centineo, Aldis Hodge, and Quintessa Swindell on the roll call.`Black Adam` is the second New Line/DC film following 2019`s critical and commercial hit `Shazam!` with the two characters, Shazam and Black Adam, being arch-rivals in the DC Universe.

Plot details for the project are being firmly held in the kingdom of Kahndaq but one thing superhero and film fans are excited about is the big-screen introduction of the DC super-team, the Justice Society. Hodge is portraying Hawkman, Centineo is Atom Smasher, while Swindell is Cyclone. As per The Hollywood Reporter, Kenzari`s role is being kept secret.

Jaume Collet-Serra, who also directed Johnson opposite Emily Blunt in Disney`s upcoming `Jungle Cruise`, is directing Black Adam. Johnson, Dany Garcia, and Hiram Garcia of Seven Bucks Productions are producing with Beau Flynn of FlynnPictureCo. The project reunites the team behind `Jungle Cruise`, which is currently set to open on July 30, 2021.

As per The Hollywood Reporter, FlynnPictureCo`s Scott Sheldon is serving as executive producer for the project. Rory Haines and Sohrab Noshirvani wrote the latest draft with Adam Sztykiel writing the previous draft. In the live-action remake of `Alladin`, Kenzari played the villainous Jafar. The movie grossed over USD 1 billion at the box office at the time.

He then co-starred as one-half of an immortal romantic duo in Netflix'sOld Guard`, the Charlize Theron action thriller that was viewed over 78 million times in its initial four weeks, according to the streamer, making it one of the company`s most-watched movies.

Kenzari, who also starred in `Instinct`, a Dutch drama that premiered in 2019 at the Toronto International Film Festival and also served as the country`s entry into the foreign-language Oscar race, is repped by ICM Partners.