Billie Eilish finally unveils the video of 'No Time to Die' 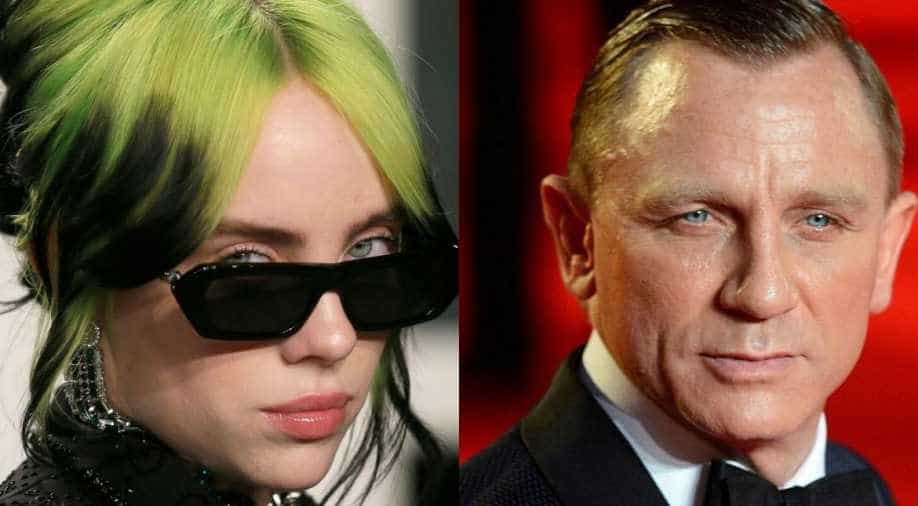 As a treat to Eilish and `James Bond` fans, the Daniel Kleinman-directed clip interweaves footage of Eilish with scenes taken from the film.

With just a month left for the much awaited release of 'No Time To Die' to hit theatres, makers are ensuring that there's enough buzz around the film.

In February, Billie Eilish had unveiled the film's official theme song. At that time, the 25th film of the James Bond franchise was to hit theatres in April. Then the pandemic hit the world and stalled the release of the film.

With the film`s release scheduled for November, Eilish dropped the song`s video, which has presumably been completed for several months. The `Lovely` singer shared a glimpse the video of the song on Twitter and released the song over Youtube.

She wrote, "Billie Eilish - `No Time To Die` Music video out now #NoTimeToDie'".

As a treat to Eilish and `James Bond` fans, the Daniel Kleinman-directed clip interweaves footage of Eilish with scenes taken from the film.

The song has reportedly been produced by Eilish`s brother, Finneas, along with Stephen Lipson and orchestral arrangements by Hans Zimmer and Matt Dunkley, and guitar from Smiths co-founder Johnny Marr.

18-year-old Eilish is the youngest artist to write and record a James Bond theme song. While speaking to a media outlet, the young singer "It feels crazy to be a part of this in every way. To be able to score the theme song to a film that is part of such a legendary series is a huge honour."

Finneas added, "Writing the theme song for a Bond film is something we`ve been dreaming about doing our entire lives. There is no more iconic pairing of music and cinema than the likes of `Goldfinger` and `Live and Let Die.` We feel so so lucky to play a small role in such a legendary franchise, long live 007."

Michael G Wilson and Barbara Broccoli, the film`s producers, said, "Billie and Finneas have written an incredibly powerful and moving song for `No Time To Die, which has been impeccably crafted to work within the emotional story of the film."