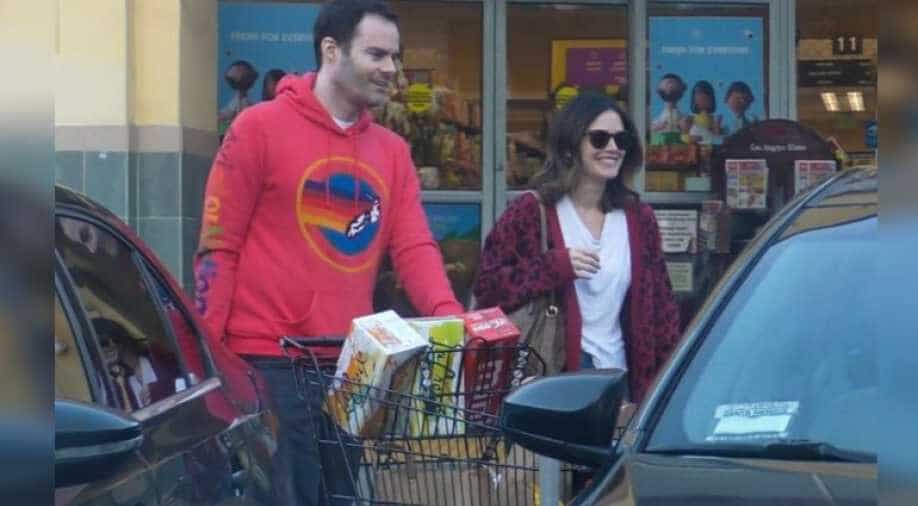 Bill wore a red hoodie while Rachel was seen wearing a white tee and an animal print sweater.

American actor Bill Hader and Rachel Bilson continue to feed dating rumors as they were seen out together picking up groceries. As per the news agency, the pair were photographed together outside a grocery shop at a Los Angeles Ralph's on New Year's eve.

Earlier this month they were also spotted on a coffee date together in Bill's hometown, Oklahoma. It seemed that both of them are getting ready for a cozy night at home as they bought a couple of things including two flavors of La Croix, a case of Coca-Cola mini and firewood.

Bill wore a red hoodie while Rachel was seen wearing a white tee and an animal print sweater. Previously Bilson was in an on and off relationship with Hayden Christensen that lasted for almost ten years. Two of them share a daughter of five years old.

Rachel revealed during an interview over the summer that it was difficult to date as a single mother. On the other hand, Hader was married to director Maggie Carey. Their marriage lasted for twelve years. However, he is still a friend with his ex-wife. The pair share joint physical and legal custody of their kids.