When films like 'Toilet', 'Bala' do well, it impacts social consciousness: Bhumi pednekar 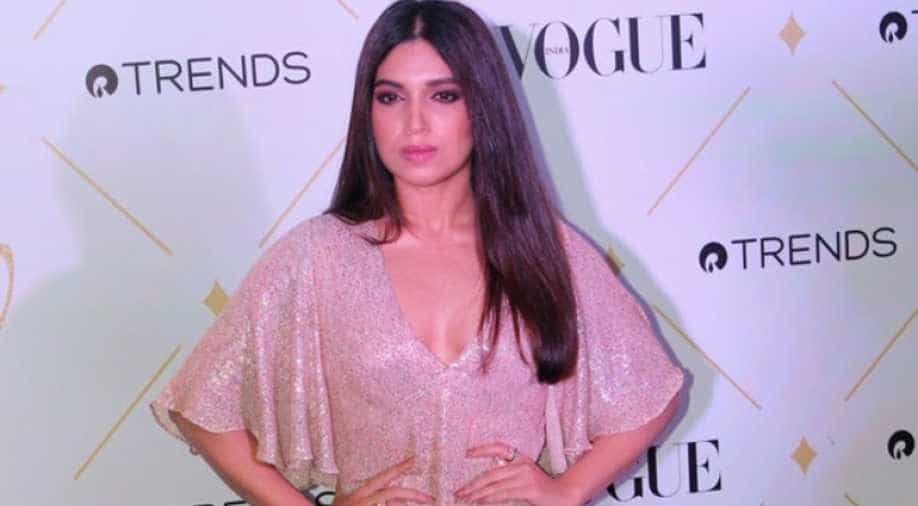 'Bala' is Bhumi's third film with Ayushmann Khuranna with whom she has done 'Dum Laga Ke Haisha' and 'Shubh Mangal Saavdhan'.

Bhumi Pednekar who has acted in six films so far is thrilled that 'Bala', her latest release has entered the Rs 100 crore club and said such films contribute to impact the social consciousness.

"I'm thrilled with the response that Bala has received from audiences. It is an important film that says very, very important things for everyone to hear and think about. I'm glad that the people are giving it so much love," the 30-year-old actor said.

Previously 'Toilet: Ek Prem Katha' in which she starred opposite Akshay Kumar set the cash counters ringing and entered the Rs 100 crore bracket. Known to back socially conscious films the actor is basking in the super success of her message oriented films.

"Having another 100 crores hit under my belt is obviously an amazing feeling but what's, even more, sweeter is that socially relevant films like 'Toilet: Ek Prem Katha' and now 'Bala' has reached so many people with its message," said the 'Shubh Mangal Saavdhan' actor.

Bhumi said: "When films like these do well, it impacts social consciousness and has the power to bring about positive change. So, as an actor, I'm hugely overwhelmed and feel gratitude that such films are working so well in our country".

'Bala' is Bhumi's third film with Ayushmann Khuranna with whom she has done 'Dum Laga Ke Haisha' and 'Shubh Mangal Saavdhan'.

"I congratulate my partner in crime, Ayushmann Khurrana, with whom I now have a hattrick of hits and the full team of 'Bala' ", Bhumi said.

The star not only thanked her 'Bala' co-star Yami Gautam but also the director Amar Kaushik, producer Dinesh Vijan, and the entire cast and crew for "tirelessly working to make the film a super success".