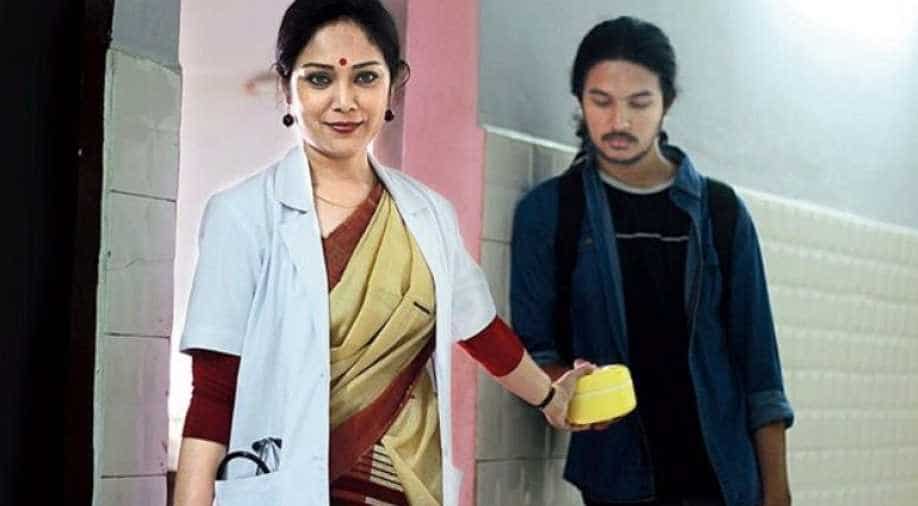 Set in Assam`s Guwahati city, the film revolves around a sweet love story of a married woman and a younger man with an added dark twist to it that makes the film riveting.

Indian film director Bhaskar Hazarika is one of the acclaimed filmmakers from Assam, whose recent Assamese feature film `Aamis` meaning `ravening` is gaining popularity across the globe for its unique yet brilliant storyline.

Set in Assam`s Guwahati city, the film revolves around a sweet love story of a married woman and a younger man with an added dark twist to it that makes the film riveting.

A brilliantly presented film has not only captured everyone`s attention but has set a high standard for Indian filmmakers in the world of cinema.

The film stars debutantes Lima Das, Arghadeep Baruah as the lead actors in which Lima (as Nirmali) is playing a role of a married paediatrician, who meets a young man Sumon played by Arghadeep Baruah - a PhD research scholar whose detail study and research on food habits of northeast and interest in various meats.

Sumon`s study fascinates Nirmali who gets curious about some of the dishes Sumon speaks of and that unfolds into an absorbing love story.

`Aamis` is a strong reflection of the saying `love can take you anywhere`, where their unending love for exotic meat from the northeast leads to a horrific ending.

An unusual and bold film, `Aamis` is an expression to the limitless craving for food that escalates to a dark desire. Speaking to ANI, director Bhaskar Hazarika, said, "Aamis is a love story and it is also an experimental audience manipulation because as a filmmaker, we try to manipulate the audience that`s how we make films. We start this film as a love story and suddenly without warning we push it towards a horrific ending," Bhaskar added.

"It`s interesting to see how people react as they go through an entire journey of emotions from feeling happy to feeling disgusted. I think that is why the film is accepted all over the country and its playing with subtitles."Director Anurag Kashyap, himself said nothing like this has come out of India."

"I remember from my very childhood, I have this feeling of doing one good film but somehow it never happened. When I first read the script, I realized that yes this is a kind of character and role I was looking forward to doing at some point in time in my life. I was indeed very happy but the experience started when I started reading the script", actor Lima Das told to ANI.

Filmmaker Bejoy Nambiar, who watched the film in Mumbai said, "I think it is really wildly original idea, I have been hearing a lot about the film and I am glad, I finally got to watch it. Quite something, took me completely by surprise, I was not expecting it to go this way".
Bhaskar`s first debut film `Kothanodi` won the Best Feature Film in Assamese award at the 63rd National Film Awards.

His latest project `Aamis` premiered at Tribeca Film Festival in New York and was screened at the 19th New York Indian Film Festival, presented by director Anurag Kashyap. It was officially released on November 22 in different cities.