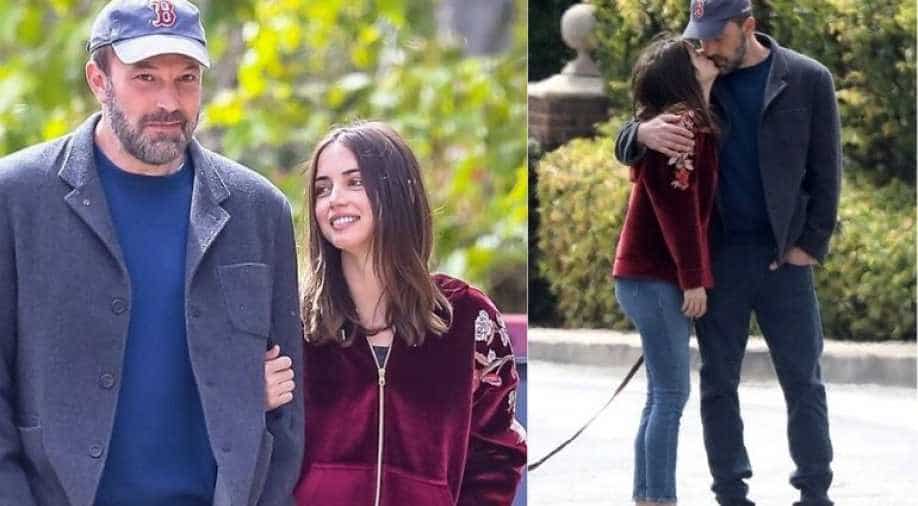 Earlier this month, Ben Affleck and Ana de Armas returned from their romantic trip to Costa Rica and since then they have been regularly spotted on walks together in Los Angeles.

Hollywood star and Cuban-Spanish actor are continuing to spend more time together.

On Saturday, both stars were spotted taking a walk together with a de Armas` dog in Pacific Palisades, California. As the couple were seen sharing a kiss with a Ben wrapping his arm around the Ana and packing on some PDA with the actress.

They both were dressed in a casual outfit, as Ben was wearing a  grey jacket, blue shirt. Meanwhile, the actress wore a velvet maroon jacket and jeans.

The 47-year-old actor and 31-year-old actress been spotted many times before on walks together in Los Angeles since they have returned from their romantic trip to Costa Rica. De Armas was seen holding onto Affleck`s arms as they both showed big smiles on their faces, during the romantic stroll. 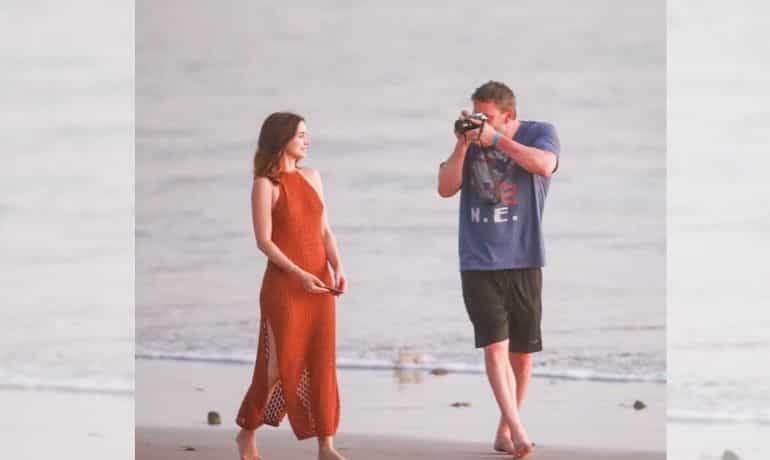 They both had an instant connection while filming their upcoming flick `Deep Water`, a source told a magazine. As they both had great chemistry together.

Ben Affleck who is been earlier married to Jennifer Garner, now divorced, was one of the most loved couples of Hollywood. As both share three kids together.