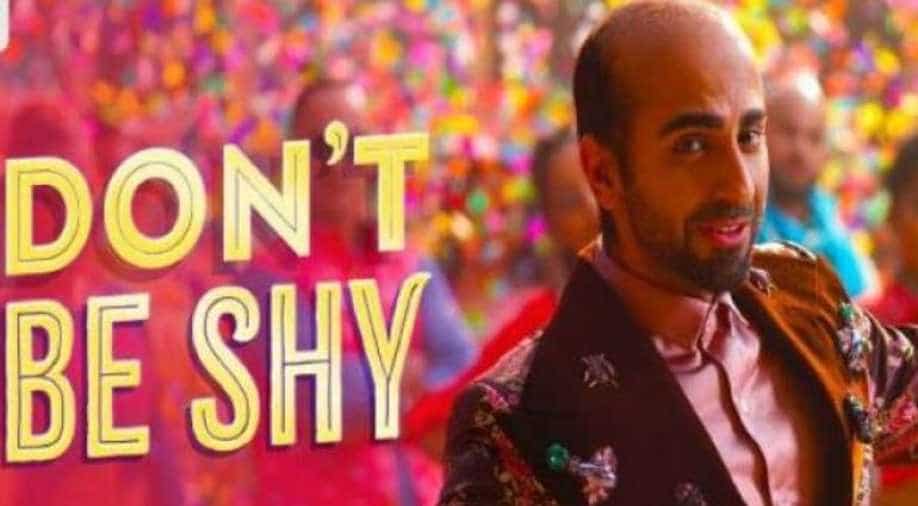 The release of the film has been preponed and it is now slated to hit the screens on November 7.

Ayushmann Khurrana who is set to tickle your funny bone in his upcoming film 'Bala', has released the movie's peppy track 'Don't Be Shy'.

In the song, Ayushmann is seen as a bald man hiding his bald patch behind a wig. The song features the entire star-cast including Yami Gautam and Bhumi Pednekar. Watch the movie trailer here

The foot-tapping retro number is a reprised version of a popular Rouge and Dr. Zeus song by the same title. It has been composed by the music composer duo, Sachin Jigar and sung by Shalmali Kholgade and Badshah.

This is the second time Abhishek and Ayushmann have come together for a film. Earlier they were seen together in 'Dream Girl'.

Ayushmann and Bhumi have earlier worked in blockbusters like 'Dum Laga Ke Haisha' and 'Shubh Mangal Saavdhan'. The upcoming film marks their third collaboration together.

Saurabh Shukla, Jaaved Jaaferi, Seema Pahwa and Abhishek Banerjee too are part of the film, which is directed by 'Stree' fame director Amar Kaushik and produced by Dinesh Vijan.

A legal battle has ensued between the makers of 'Bala' and 'Ujda Chaman'. A few days back, the trailer of Ayushmann Khurrana starrer 'Bala' was released and has since then, created quite a stir on social media

The release of the film has been preponed and it is now slated to hit the screens on November 7.