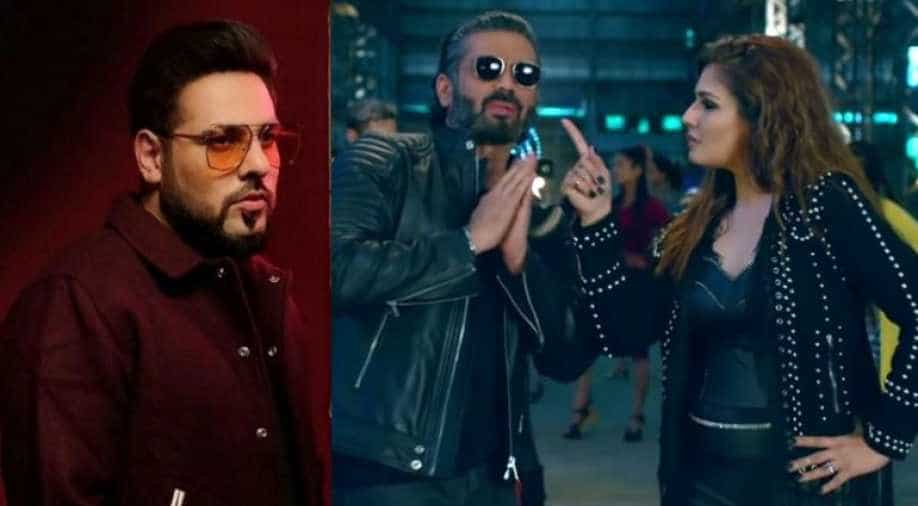 File image of Badshah and a screen grab from the 'Sheher Ki Ladki'(via Youtube/T Series) Photograph:( Others )

Titled 'Sheher Ki Ladki', the song is a rejigged version of Sunil Shetty and Raveena Tandon`s 1996 super-hit track that made its way into the party playlist of every 90`s kid.

While remixing the popular track by adding some groovy beats and tweaking the lyrics here and there, Badshah incorporated some parts of the original version reminding you just how awesome the 'Rakshak' song was.

While the song makes your feet tap, the video will hit you with nostalgia as it features Sunil and Raveena grooving to the remixed version of their song.

Without a doubt, the duo looks absolutely stunning in black edgy outfits. The video also features Badshah and Diana Penty.

'Khandaani Shafakhana', featuring Sonakshi alongside Varun Sharma, Annu Kapoor and Kulbhushan Kharbanda in pivotal roles, revolves around a female lead character who confronts the society on the topics of sex and related disorders.

The film is scheduled to hit the theatres on August 2.