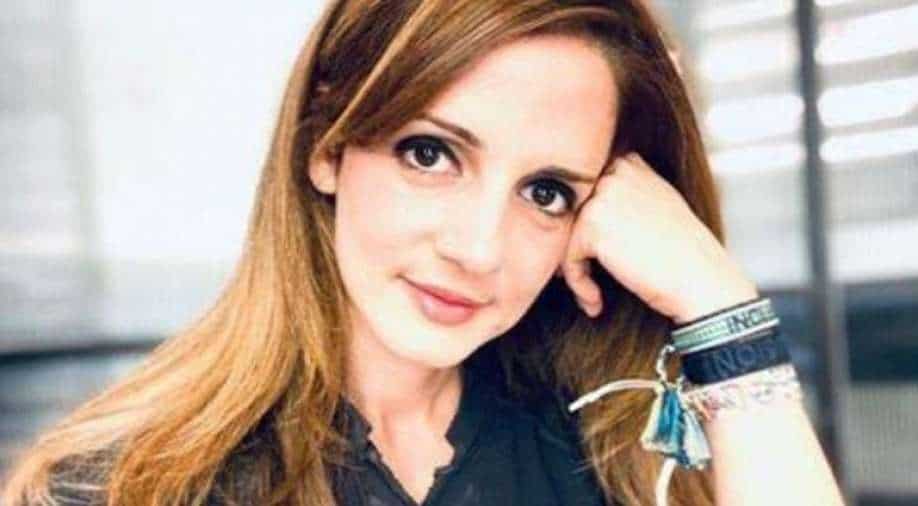 Hrithik Roshan's former wife and celebrity interior designer Sussanne Khan has spoken in support of SRK and his wife Gauri. Sussane is known to be close to the couple.

Several celebrities have come out in support of Shah Rukh Khan and his family amid Aryan Khan's arrest in relation to a drugs seizure case.

Bollywood star Hrithik Roshan's former wife and celebrity interior designer Sussanne Khan has spoken in support of SRK and his wife Gauri. Sussane is known to be close to the couple.

On Monday as Aryan Khan's custody was extended by three days, a section of social media users started vilifying him.

Calling out such people, Sussanne took to Instagram and wrote, "I think this is not about Aryan Khan, as he was unfortunately at the wrong place at the wrong time, this situation is being made an example to drive home the excitement that some people get as they have a witch hunt on people from Bollywood."

Sussanne`s statement was made on the comment section of star columnist Shobhaa De's Instagram post. De claimed that Aryan Khan's arrest should be a 'wake up call for parents'. Sussane said it's a sad situation for Aryan Khan as "he is a good kid."

"It's sad n unfair as he is a good kid. I stand by Gauri n Shahrukh," she added.

Aryan Khan was arrested by the Narcotics Control Bureau (NCB) for alleged possession of banned drugs and substance abuse.

On October 2, an NCB team busted an alleged drugs party on the Cordelia Cruise ship which was on its way to Goa at mid-sea.

Apart from Sussanne, celebrities like Pooja Bhatt, Suniel Shetty and Hansal Mehta have also spoken in support of Shah Rukh Khan amid this crisis.

Eight persons including Aryan Khan were detained for questioning by the NCB allegedly in connection with the drug seizure on the cruise ship.