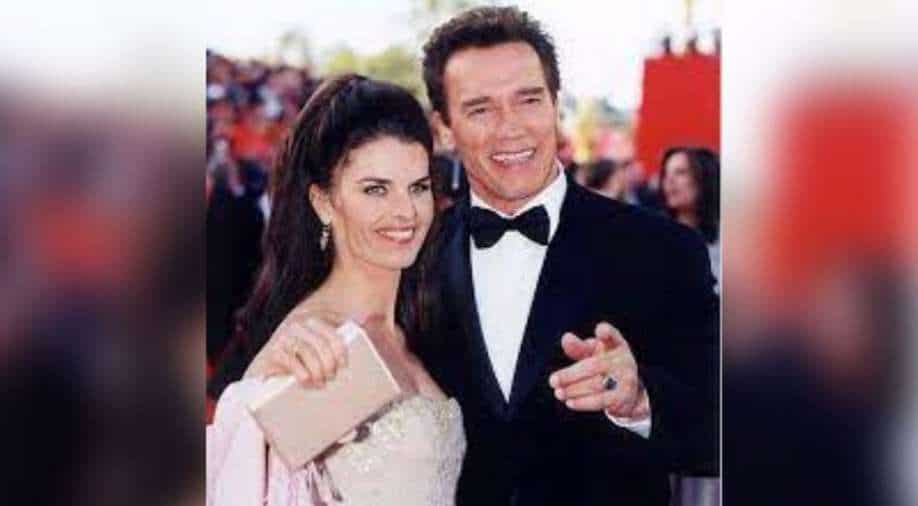 Maria Shriver and Arnold Schwarzenegger may have separated 10 years back but the former couple got officially divorced only now. According to various reports, the 74 year old actor and the  66 year old author finalised their legal separation on Tuesday- a decade after Shriver initially filed for divorce following Schwarzenegger`s cheating scandal.

The couple married in 1986 after meeting at a tennis event nine years prior. The duo welcomed share four children-- Katherine Schwarzenegger, Christina Schwarzenegger, Patrick Schwarzenegger and Christopher Schwarzenegger.
Shriver stood by Schwarzenegger`s side as he served as the governor of California for two terms from 2003 to 2011 -- but they hit a bump in the road after 25 years together when the actor revealed he'd been unfaithful years prior.
In May 2011, it was reported that Arnold had an affair with the family`s former housekeeper, Mildred Patty Baena, in 1997 and fathered a child, son Joseph Baena.

"I understand and deserve the feelings of anger and disappointment among my friends and family," the veteran actor had said in a statement, announcing that he and Shriver separated in the wake of the scandal.

"There are no excuses and I take full responsibility for the hurt I have caused. I have apologized to Maria, my children and my family. I am truly sorry," he added.

Shriver, for her part, released a statement of her own, saying, "This is a painful and heartbreaking time. As a mother, my concern is for the children. I ask for compassion, respect and privacy as my children and I try to rebuild our lives and heal."Shriver filed for divorce in July 2011.

Reports state that Shriver had sought joint legal and physical custody of the pair`s then-minor children, Patrick and Christopher.The 66-year-old author and journalist cited "irreconcilable differences" as the reason for separating after more than two decades together. She also asked for Schwarzenegger to pay her attorney's fees and spousal support, according to court documents.

Despite not being legally divorced until this month, the exes have seemingly moved forward with their lives and continued to co-parent their four children. In fact, the former couple has embraced being grandparents to Katherine`s 16-month-old daughter, Lyla, who she shares with her husband, actor Chris Pratt.Schwarzenegger and Shriver are going to be grandparents for a second time in 2022, with Katherine and Pratt announcing earlier this month that they are expecting their second child.