Ariana Grande tumbles down stage during her performance at Amalie Arena 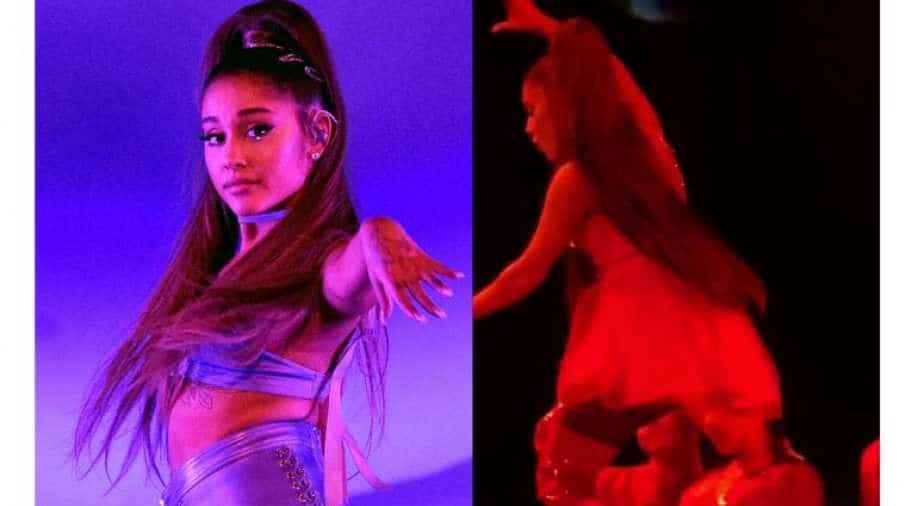 Ariana Grande tumbles down stage during her performance Photograph:( Twitter )

Grande's fall comes amid a potential cancellation of her tour after the 'Thank u, Next' singer revealed that she fell ill with a bad sinus condition.

Singer Ariana Grande, who tumbled down the stage during her performance of 'Bad Idea' at the Amalie Arena in Tampa, recapitulated the funny moment with a big smile. She tripped off the stage before losing her footing.

She was ultimately saved by a properly-placed backup dancer, who lifted the pop star back onto the stage, reported a new agency. One of the fans of the singer shared a video of the incident and wrote, "SHE FELL ON BEAT I HAVE TEARS".

SHE FELL ON BEAT I HAVE TEARS pic.twitter.com/CVTxclFcoU

The 26-year-old singer then responded to the tweet and made light of the incident, stating, "Oh my. at least I still made the button. I'm crying. things were going too well ".

Grande's fall comes amid a potential cancellation of her tour after the 'Thank u, Next' singer revealed that she fell ill with a bad sinus condition.

The 26-year-old said on her Instagram story on November 16 that "my throat and head are still in so much pain". "I'm just in a lot of pain, and it's difficult to breathe during the show," she said in a message to her fans.

"I just really don't know what's happening with my body right now and need to figure it out ". I'm scared that I might have to cancel some things, so this is kind just a heads up of like I don't know what's happening with my body, and I'm really disappointed and freaked out of why I can't get better because it's been over three weeks at this point," she added.