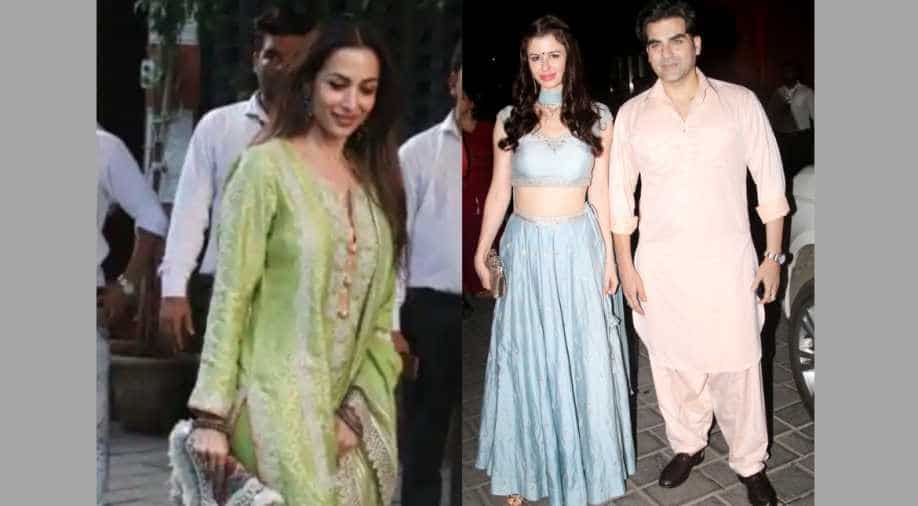 Arbaaz Khan has been in news ever since he started dating model Georgia Andriani after his divorce got finalised with Malaika Arora. As news of his relationship gains momentum, Arbaaz sat down to talk about his growing romance, what went down with ex-wife and his future professional commitments.

In the interview, while promoting his upcoming film ‘Jack & Dil’, Arbaaz revealed that he had to gain weight for the role. As his director asked him to put on some weight, Arbaaz’s character looks not-so-physically fit. He further revealed that he didn’t like seeing himself on the big screen and is now struggling to shed the extra kilos he gained.

‘Jack & Dil’ stars Amit Sadh in the role of a good-for-nothing detective Jack who is hired by Walia played by Arbaaz Khan to spy on his wife. Played by Sonal Chauhan because he thinks she is cheating on him.

When asked what a “perfect relationship” is, Arbaaz said, “I am the wrong person, at this point in time, to ask. But, you know I don't know if there is anything...perfect. I really don't know. People would love to make certain things with a lot of adjustments and compromises or scenarios and make it look like it is perfect in anything whether it is your career, whether it is your relationship whether it is your marriage, we want to believe that we can make it. But, I don't know if you ask even the ones who are living that life wouldn't they want something better or could've expected more, maybe yes.

He continued: “Human beings would still want (more) and you also have people who say I couldn't have asked for a better woman or a better wife, I am so happy. Yes, those scenarios also exist. But, perfection is something that is a constant thing you need to achieve. It is not that you have achieved it and it's gonna stay. It's everyday hard work...to continue to be where you have to be. So that happens in relationships also.  I am not the best person to ask (laughs). I tried for 21 years but I couldn't succeed in one aspect but theek hai. It's alright. Not many people even try that long."

Addressing his dating rumours, Arbaaz confirmed that he is dating Georgia Andriani but denied all reports that suggest him getting married to her anytime soon. He said, "You cannot shut a lot of people. They jump to a conclusion, they jump with certain assumptions. You know it’s okay, it’s alright if they see somebody with someone they want to get them married, they want to...everything has its due course of time. I am obviously, post my divorce, I’ve had a few scenarios and equations with people, I’ve dated women and some look like they would go maybe a little longer than they did but they didn’t happen and I don’t want to rush about anything. At this point of time yes, I am dating and I don’t know where it’s gonna go but people think they know."

Meanwhile, Arbaaz will start work on ‘Dabbang 3’ soon with brother Salman Khan. While the film was supposed to go on floors this year, it was postponed as Salman was busy with shooting for ‘Bharat’. If everything goes as planned, Arbaaz hopes that the film goes on on floors next year by February end or March.