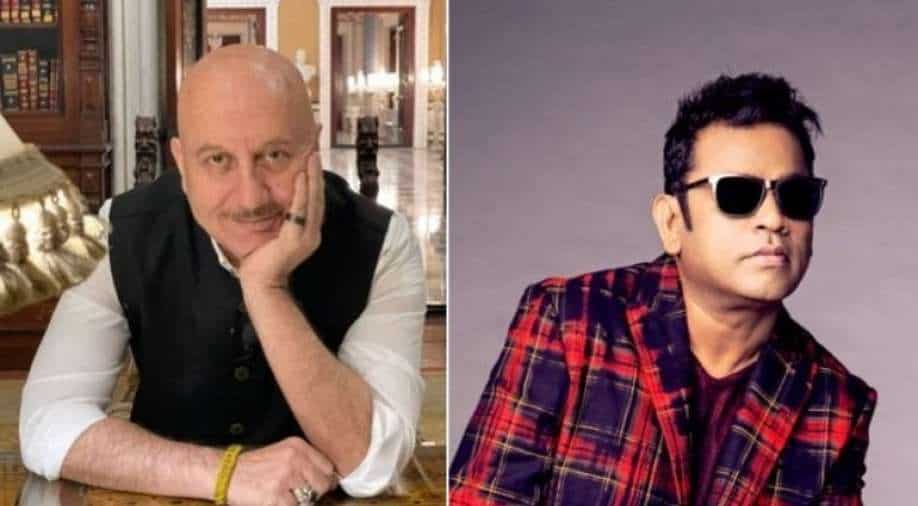 Ten winners from the fields of television, films and games, selected by a jury including AR Rahman, Anupam Kher and Mira Nair, are to receive one-to-one mentoring and career guidance at the BAFTA Breakthrough India Initiative, besides full voting BAFTA membership and access to BAFTA events and networking opportunities, in the UK and internationally.

Artistes from across the country had applied for the BAFTA (British Academy of Film and Television Arts) initiative.

Rahman said that he was honoured to be part of this panel.

"BAFTA is a platform where artistes from around the world, including the best from India, are represented and celebrated, and it`s my honour to be a part of its Breakthrough India jury. There are many creatives in India who are looking to bring their art to the world, to showcase India`s vibrant and diverse culture, but unfortunately, they face traps both mental and external. The opportunity to discuss these blocks, to engage on issues of creativity, to make the right connections, to network and grow, would greatly benefit the plethora of talent we have in our country," he said.

He added: "Through Breakthrough, we offer artistes our knowledge and connectivity, as well as opportunities that`ll hopefully nurture their craft and help them leave their mark on the world. India is home to incredible artistes and I`m proud of us. It`s time we make our names known, it`s time we all shine."

"India has one of the most fascinating creative industries and is home to so many talented film, games and television practitioners. The BAFTA Breakthrough initiative will facilitate meaningful collaborations between creative communities globally and that is the one of most exciting, extraordinary parts of the initiative. We are so excited to be supporting the next generation of talent in India and look forward to working with them and offering unique career development, networking and promotion on a global stage," Amanda Berry OBE, Chief Executive at BAFTA, whose initiative is supported by Netflix.