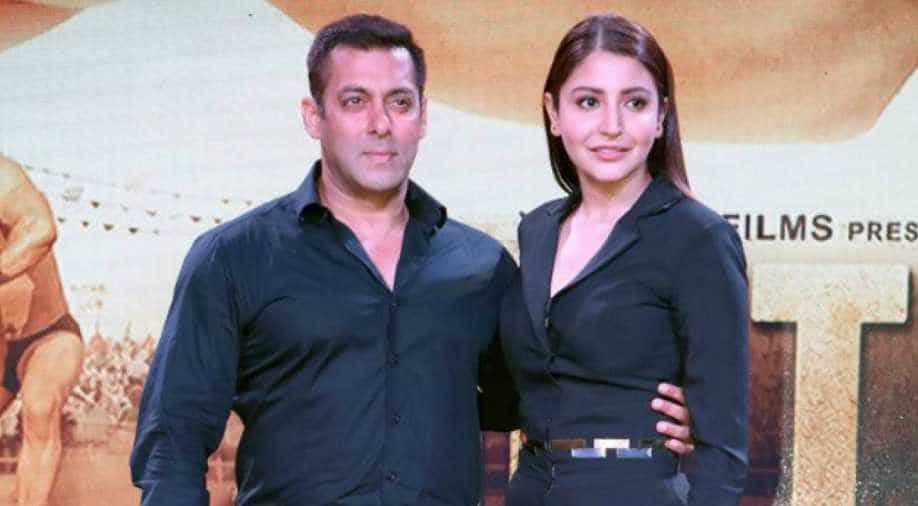 The duo was seen together for the first time in 'Sultan'.

For those who were hoping to see ‘Sultan’ co-stars on the screen again, will have to wait a bit longer as Anushka Sharma has denied being a part of Sanjay Leela Bhansali’s next that was to have Anushka and Salman.

According to the reports in DNA, there were chances that the two would have reunited for Sanjay Leela Bhansali's next project. While there was no news of Anushka confirming (until her spokesperson denied the news), the report claimed that Salman Khan was to play the lead and that he suggested Anushka’s name for the female lead.

Salman, meanwhile, had confirmed earlier this year that he will reunite with his ‘Hum Dil De Chuke Sanam’ director Sanjay Leela Bhansali. At the launch of his popular reality show ‘Bigg Boss 12’, Salman said, “Yes, I am doing Sanjay’s film.” He also jokingly added, “I don’t know much about it. Have only heard a one-liner about it. But Sanjay is not answering my calls. Please ask him to speak to me.”

Denying Anushka’s involvement in the film, Anushka’s spokesperson said, "Anushka Sharma would love to collaborate with Sanjay Leela Bhansali but as of now, there is no truth to the speculations claiming Anushka has been signed for his next. We request you to kindly refrain from reporting on the same."

Reportedly, the project is titled ‘Inshallah’ and director Sanjay might take at least nine months to work on it, before they start shooting. If the project happens, it will be ready for release on Eid 2020.