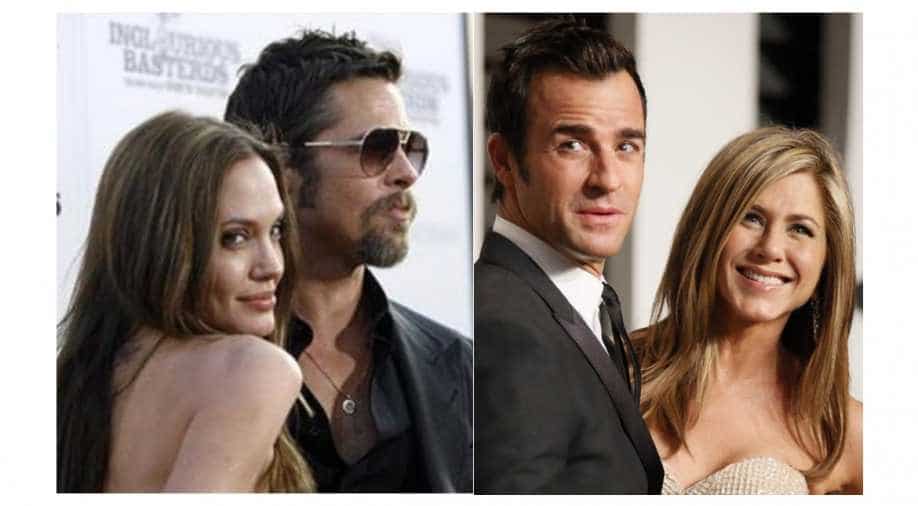 If this is true, then this could be the biggest scandal of all time!

Imagine dating your enemy’s ex-lover, it makes for a perfect plot for a romantic film with bits of drama sprayed all over it. To set the record straight, several media reports hint at Angelina Jolie now dating Jennifer Aniston’s ex-husband Justin Theroux after her divorce with ex-husband Brad Pitt has come through.

As per a report in a US-based magazine, Angelina Jolie and Justin Theroux are growing close. They have reportedly gone out a couple of times and instantly hit it off. A source told the publication: “Word is they’ve quietly gone out a bunch of times since late summer, and the out-of-left-field relationship is sure to shock everyone, especially Jen. Pals think they’re really starting to develop feelings for each other.”

The source also told that Angelina and Justin met recently in New York City to discuss a movie and realised that they have quite a lot in common, including their love for black clothes and tattoos.

The source further added: “Since that night, their relationship has only grown in momentum and intensity. Friends wouldn’t be surprised if they’re sending steamy texts and having secret sleepovers.”

Jennifer and Brad got divorced as Brad cheated on her with Angelina. Angelina and Brad then divorced in 2016 over several reasons. They have six kids together. Also read: Angelina Jolie keen to adopt 7th kid, post settling custody battle with ex Brad Pitt

Meanwhile, Jennifer moved on and got married to Justin. They got divorced over some issues, not told in public.