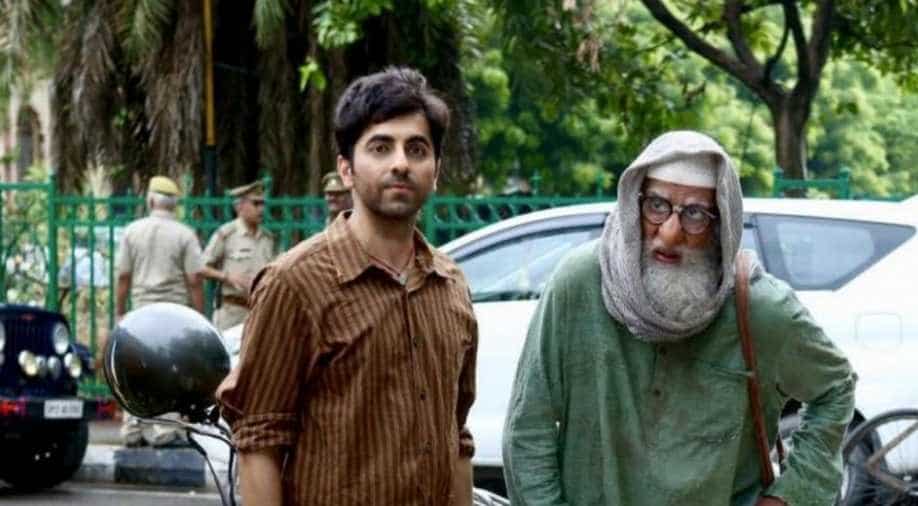 The movie will see Big B and the 'Andhadhun' actor sharing screen space together for the first time.

The release date of 'Gulabo Sitabo', starring Amitabh Bachchan and Ayushmann Khurrana, has been pushed ahead once again to April 17 next year. The quirky comedy was initially scheduled for an April release, followed by a change in the date to February, and is now again slated for an April outing.

The movie will see Big B and the 'Andhadhun' actor sharing screen space together for the first time. "Shoojit Sircar's much-awaited comedy-drama GULABO SITABO starring Amitabh Bachchan and Ayushmann Khurrana for the first time, to now release on 17th April 2020!" the makers said in a statement.

An earlier released still from the film, Ayushmann was seen as a mediocre man wearing a brown striped shirt paired with white pants. Meanwhile, the legendary actor, on the other hand, looks unrecognizable as a very old man with an abnormally shaped nose.

Wearing a green kurta on a hunchback posture, the 'Sholay' actor had a scarf wrapped around his head. Helmed by Shoojit Sircar, 'Gulabo Sitabo' is a quirky family comedy film written by Juhi Chaturvedi.

Bankrolled by Ronnie Lahiri with Sheel Kumar, the flick has been shot in Lucknow.