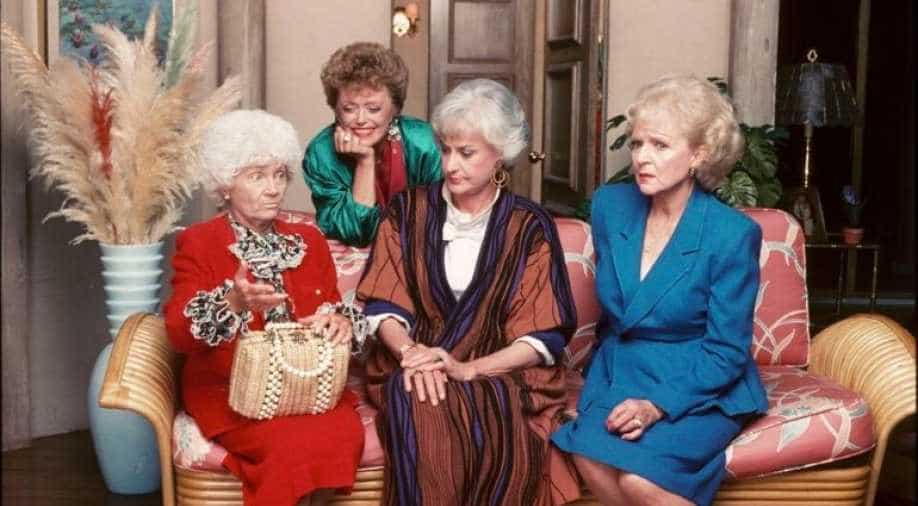 A number of shows that have shown police brutality over the years are being pulled down by channels and OTT platforms in response to the ongoing protests against racism across the USA, following the death of George Floyd.

Now Hulu has taken down an episode from the American sitcom `The Golden Girls` that has a scene where characters are shown in blackface and promotes racism against black persons.

Also read: 'The Simpsons' will no longer use white people to voice non-white characters

The episode aired in 1988, follows a story where Michael the son of Dorothy, plans to wed a much older Black woman Lorraine, while Lorraine`s family disapproves of their daughter marrying a white man, and thus the two families attempt to end the marriage.

In 23 episodes of season 3, the series showed a character Betty White and Rue McClanahan in blackface. Both greet their black guest with their mud-masks still on, saying to them ''This is mud on our faces, we’re not really Black.''

Also read: 'Gone With the Wind' back on HBO Max but with disclaimer

The series is created by Susan Harris and was aired on NBC network from September 14, 1985, to May 9, 1992, with a total of 180 half-hour episodes, spanning seven seasons. The show stars Beatrice Arthur, Betty White, Rue McClanahan, and Estelle Getty as four older women who share friendship and a home in Miami, Florida.

Earlier, many long-running shows and iconic movies have been pulled down due to their racism content. Check out the shows, here.