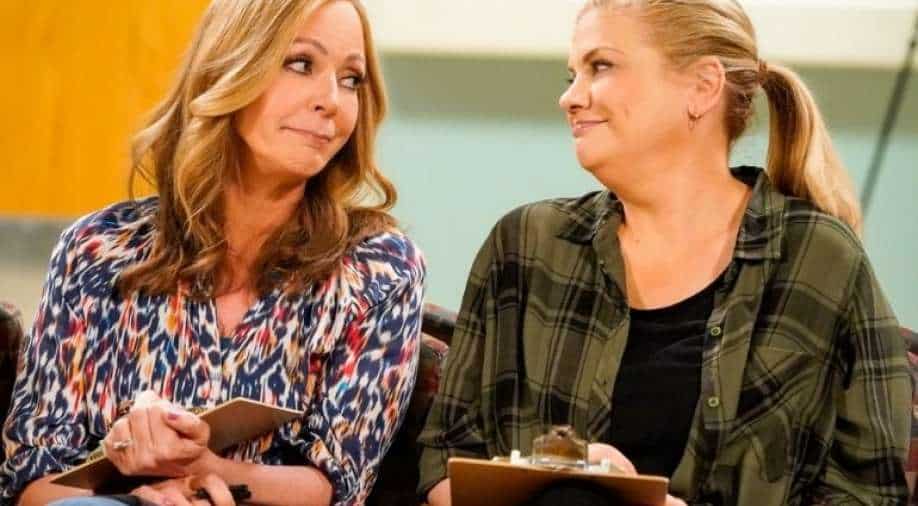 The show has been one of CBS' most loved comic shows and over the years earned 10 Emmy nominations and two wins.

Allison Janney who is known for playing Bonnie Plunkett in the long-running series is opening up about the show ahead of the series finale. She said that the show's ending came as a shock to her like all the fans and revealed that she has "been told" not to talk about her theories about the shows ending.

During a recent interview with CBS Sunday Morning, she said, "Yeah, it was a shock," and added, "I have my own theories, but I've been told not to express them. But listen, eight years is a great long run for a show."

Earlier, she revealed her theory about why 'Mom' was cancelled this year. “I wish that we’d had at least another year for the writers to have that much time to ramp up to the ending. We sort of found out sooner than we thought we would,” Allison said. “We thought, ‘Surely, they’re gonna want more Mom.’ And they decided not.”

By saying that there are many reasons why the show was cancelled and added that “most of them” are “probably money” related.

'Mom' follows the story of Faris and Janney as mother-daughter duo Christy and Bonnie Plunkett who rekindled their relationship after years of alcohol addiction.  Faris surprisingly quit the show right before the production of the eighth season.

The show has been one of CBS most loved comic shows and over the years earned 10 Emmy nominations and two wins.