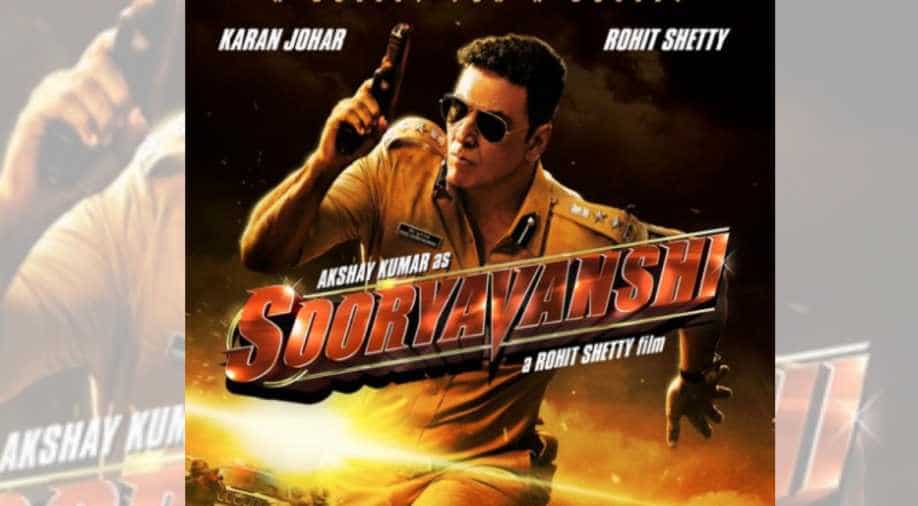 Akshay Kumar posted some behind-the-scenes making of the upcoming action-packed film 'Sooryavanshi', pushing the limits many notches higher with his stunts.

The 51-year-old actor who uploaded the video on his Twitter handle is seen performing some jaw-dropping action sequences.

In one of the sequences, the actor can be seen riding a speedy bike and performing stunts while at last, he climbs on a helicopter with the bike which will surely give you goosebumps.

While promising to deliver "unadulterated" action in the film, Akshay wrote, "From the day acting became my destiny, action has been my lifeline. Pure, unadulterated action in #Sooryavanshi will tell you`ll why it still fires up my core."

From the day acting became my destiny, action has been my lifeline. Pure, unadulterated action in #Sooryavanshi will tell you’ll why it still fires up my core 🔥#RohitShetty @karanjohar #KatrinaKaif @RSPicturez @RelianceEnt @dharmamovies #CapeofGoodFilms pic.twitter.com/6UkGA7ivPL

Ever since the makers of the film commenced the shooting in Bangkok, the actor is treating fans with some amazing pictures from the sets of the film.

Some time back the actor teased his fans by announcing on Twitter about recreating the iconic 90`s hit number 'Tip Tip Barsa Pani.'

The leading lady of the film, Katrina Kaif, also posted a picture with Akshay wrapped in towels which just hints about the inclusion of the song. This is the first time that Akshay has collaborated with Rohit for a project.

After the success of 'Simmba' and 'Singham', Rohit has expanded his cop universe with 'Sooryavanshi'. Akshay`s entry was teased in the climax of 'Simmba' as an Anti-Terror Squad chief.