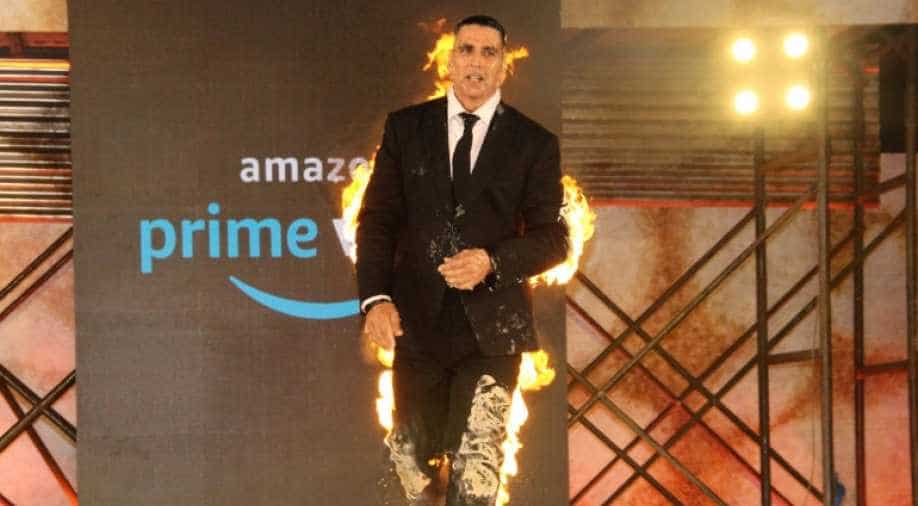 According to media reports, the series promises to be a blend of action, drama, and thriller.

According to media reports, the series promises to be a blend of action, drama, and thriller. The new series will be aired across 200 countries and territories upon its release on Amazon Prime Video. The announcement was made at a launch event in Mumbai on Tuesday.

The actor, known for performing, set himself on fire and mysteriously appeared on stage, shocking the audience.He also shared a few glimpses of himself on stage on Twitter handle.

He wrote, "Literally, all fired up for my association with @PrimeVideoIN’s THE END (working title). Trust me, this is only the beginning."

Talking about the project, Akshay said, “From the very concept of the show, I am working very closely with Vikram and his team as they create this compelling and highly intriguing story. I can’t wait to start rolling for this action adventure series that will be Amazon Original for global audiences. The digital world excited me and I am delighted to make my streaming debut with this show.”

When asked what made him venture into the digital world, Akshay said, “If I were to make a small confession here, it was my son Aarav who suggested that I make my digital debut as that’s what the youth is hooked onto. On this medium, I want to create something extraordinary and connect with them”.

The second season of ‘Breathe’, which is currently underway, will mark the digital debut of Abhishek Bachchan.

Akshay will be next seen in an upcoming film titled ‘Kesari’. Directed by Anurag Singh and produced by Karan Johar`s Dharma Productions, the film also stars Parineeti Chopra.

It is based on the Battle of Saragarhi. ‘Kesari’ hits the theatres on March 21, this year.

Akshay is also revisiting his comedy roots with ‘Housefull 4’, which also stars Kriti Sanon, Riteish Deshmukh and Bobby Deol in pivotal roles. He also has other films in his kitty including ‘Mission Mangal’, ‘Good News’ and ‘Sooryavanshi’.