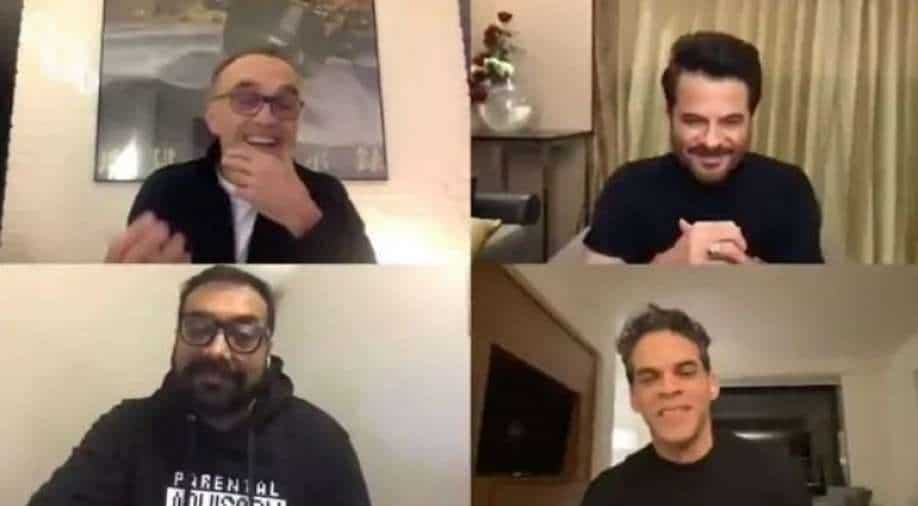 Oscar-winning director Danny Boyle has heaped praises for the cast and director of Netflix film 'AK vs AK'.

Oscar-winning director Danny Boyle has heaped praises for the cast and director of Netflix film 'AK vs AK'. Directed by Vikramaditya Motwane, the film has Anil Kapoor and Anurag Kashyap playing exaggerated versions of themselves in a fictionalised plot.
Boyle, who has worked with Kapoor in 'Slumdog Millionaire'hosted a special QnA session with the actors and Motwane and called 'AK vs AK' a wonderful film.

The virtual meet had Boyle congratulating Motwane for making such a film. Boyle admitted that he was left astonished while watching it.

"For me, it joins the pantheons of great films about filmmaking, of which there are a number. My favourite are 'Day For Night' (La Nuit américaine) and probably Coppola’s wife’s film, 'Heart of Darkness' (on the process of filming 'Apocalypse Now', the only film to deserve a Nobel Prize). But this is an incredibly modern film about filmmaking and there aren’t that many of them,” Danny said describing the film.

Very grateful to the incredible Danny for being so generous with his valuable time and for showing his support for the film. We are thrilled that you liked the film enough to watch it (twice!) and to moderate such an insightful panel on the BFI platform. pic.twitter.com/NyDk3Mcvlx

The discussion had the four stars discussing the process of making this film, the storyline, and how some of the pivotal moments in the movie were shot.

Boyle also praised the ending of the movie. To avoid any spoilers, he said, "The pleasure I got from the film was partly to do with the way you deceived us."

The film also stars several of Anil Kapoor's family members including Boney Kapoor, daughter Sonam and son Harshvardhan. During the chat Anil Kapoor added that his wife Sunita and second daughter Rhea had refused to be a part of the film.

The plot of the film revolves around  a mad director (Kashyap) who decides to kidnap an actor's (Kapoor) daughter (Sonam) and film the entire hunt as the actor goes around the city looking for his daughter. WION's review called the film "Kapoor's boldest experiment on the screen so far."