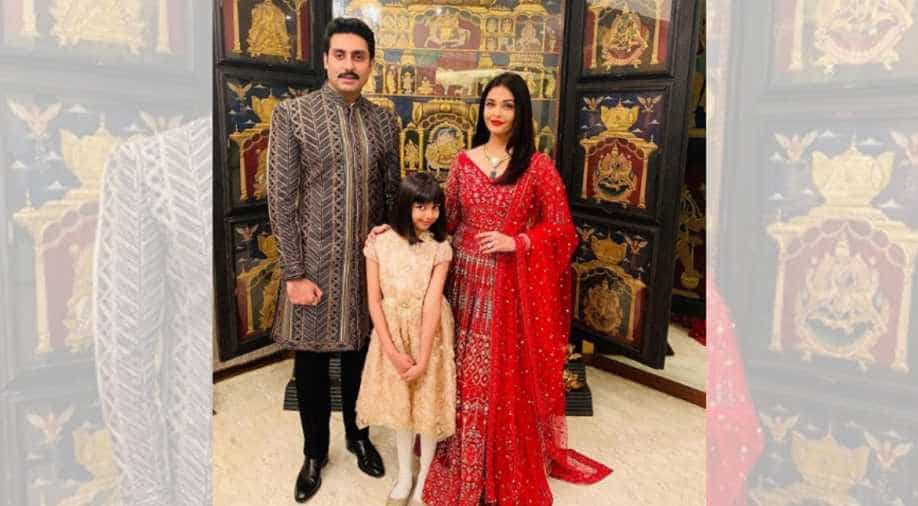 The former beauty queen turned actress shared pictures of the celebration as she donned a beautiful red sequins gown suit with daughter dressed in gold and cream dress and matching accessories. Her husband-actor Abhishek Bachchan also made it to the pictures as he looked dapper in Indian dressing too.

The family celebrated Aaradhya's birthday with a house party on Saturday as a number of Bollywood celebs came to wish the little girl.

The celeb parents got their kids along for the party including Shah Rukh's AbRam who came and Karan Johar who brought his twins too, Ruhi and Yash.

A post shared by AishwaryaRaiBachchan (@aishwaryaraibachchan_arb) on Nov 19, 2019 at 6:31am PST

A post shared by AishwaryaRaiBachchan (@aishwaryaraibachchan_arb) on Nov 19, 2019 at 12:19pm PST

Aaradhya shares her birthday month with mother Aishwarya as the family of trio celebrated the diva's birthday in Rome. Aishwarya was to be a part of brand activity and was accompanied by her family who brought in her big day with some Roman fun.

A post shared by AishwaryaRaiBachchan (@aishwaryaraibachchan_arb) on Nov 1, 2019 at 10:13am PDT

A post shared by AishwaryaRaiBachchan (@aishwaryaraibachchan_arb) on Nov 1, 2019 at 8:19am PDT

Aishwarya will next be seen in Mani Ratnam's film, a Tamil language movie titled 'Ponniyin Selvan'. It is based on the Tamil classic of the same name. It tells the story of one of the most famous Chola rulers of the state. She was, before this, seen in 'Fanney Khan' that did not do so well at the box office.