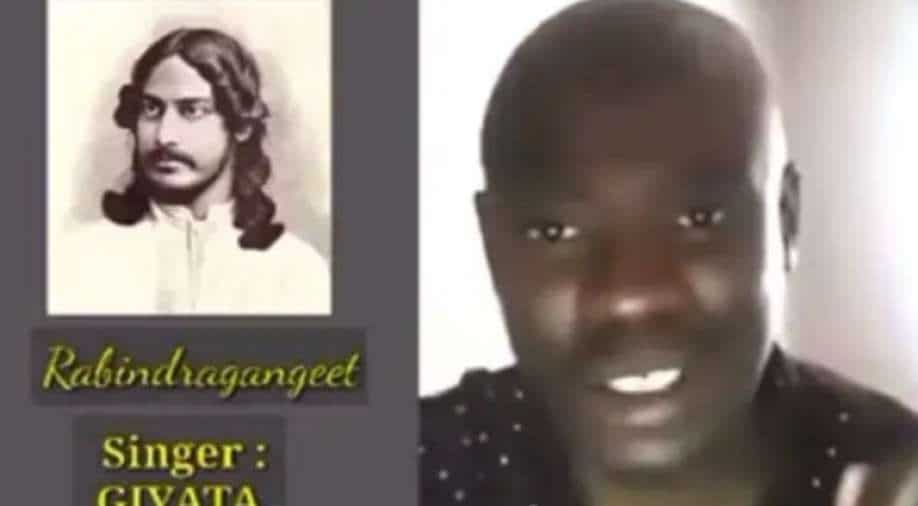 The clip went viral on social media and left netizens from all over the world mighty impressed.

There is a saying that music is a universal language that transcends all cultural boundaries. A few days back, netizens found a video of a Pakistani show featuring Rabindra sangeet and now, an African man's clip singing Rabindranath Tagore’s song 'Mayabono Biharini Horini' is the internet's new obsession.

The video was recorded by a man named Giyata to honour the Nobel Laureate. He sang the famous song to commemorate the occasion of Rabindranath Tagore's birth anniversary, marked on May 7 annually.

Everyone left netizens mesmerized and shocked by Giyata's 5:14 minutes long video. The video was originally shared on Facebook by Ashis Sanyal. In the video, he started by explaining why he is singing the song and dedicated it to the Nobel Prize winner.

While posting it online, the user said, “This post of mine is dedicated to all my FB friends from the Continent of Africa, as I made a large number of friends during my CDAC Noida teaching career from all parts of Africa. Please enjoy the song created by the Nobel Laureate Genius Rabindranath Tagore from my City of Calcutta…And sung by one of your own,”.

The clip went viral on social media and left netizens from all over the world mighty impressed. Fans loved it and termed it as a ‘rare experience’. A fan took to the comment section and wrote, 'OMG, I love it', while others wrote, 'Absolutely amazing',.

Nobel Prize winner Rabindranath Tagore is a cultural icon and his poetry and songs are the emblems of Bengali culture. He reshaped Bengali literature and music, as well as Indian art with Contextual Modernism in the late 19th and early 20th centuries.