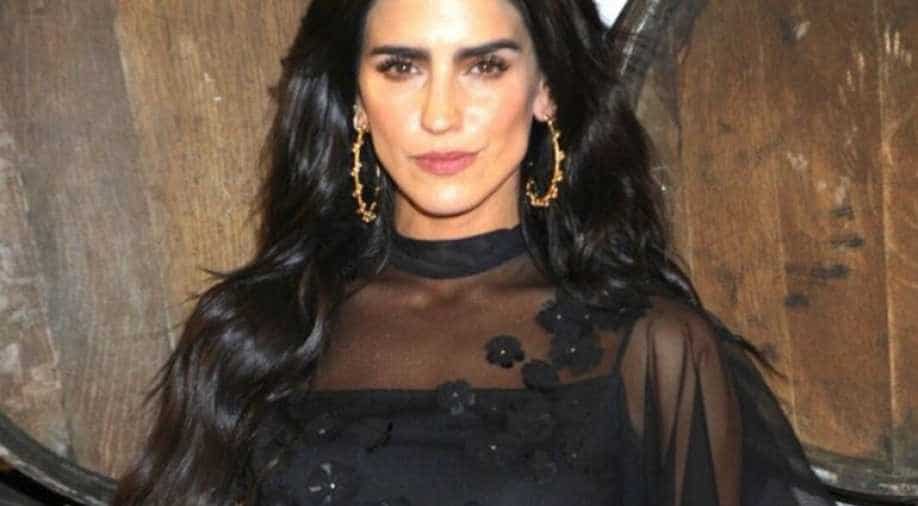 The remarks by Barbara de Regil, a popular actress in movies and soap operas, came as Mexicans are engaging in their own conversations about racism

'How dark! No! How ugly!' a Mexican social media star exclaimed after accidentally using a filter that darkened her face during a live broadcast on Instagram, reigniting the country`s longstanding debate about racism.

The remarks by Barbara de Regil, a popular actress in movies and soap operas, came as Mexicans are engaging in their own conversations about racism after the death in the United States of George Floyd, an African American, under the knee of a white police officer.

In Mexico, the debate has centred on discrimination against indigenous groups, who have long suffered from poverty, isolation and a lack of representation in politics and popular culture.

With many Mexicans still confined to their homes by the coronavirus pandemic, the discussion has played out largely online.

Amid the backlash to de Regil's remarks, some fans rushed to her defence, saying she had made an innocent mistake. Others called for people to stop following her on social media.

"We will not tolerate more racism. Neither in Mexico nor the world," one user wrote on Twitter, proclaiming that the actress was "CANCELLED."

The success of Yalitza Aparicio, the indigenous Mexican star of the Oscar-winning 2018 film 'Roma', has helped bring conversations about race and ethnicity to the fore. She stands in stark contrast to the pale women and men with European features who dominate Mexican television and film, though they represent only a sliver of the country`s overwhelmingly mestizo and indigenous population.

The actress, who was disparaged by a telenovela actor using crude and racially-charged language even as she was being feted during last year's award season, has spoken out in recent days about the importance of amplifying indigenous voices.

"Our voice is less heard because of our skin colour," she said Thursday in a virtual event organized by the magazine.

Roughly a quarter of Mexico's population is indigenous, and at least 7 million people speak an indigenous language, according to official data.

The isolation and poverty that indigenous people suffer were brought to international attention in the 1990s by the leftist Zapatista rebellion. But little progress has been made.

According to a 2017 survey by the National Statistics Institute and the National Council to Prevent Discrimination (Conapred), 20% of respondents said they had experienced discrimination in the last 12 months.

"As in the United States, in Mexico, there is a lot of discrimination and racism. No one here is exempt from being discriminated against," said Susana Reyes, who last week participated in a small demonstration in Mexico City over Floyd`s death.