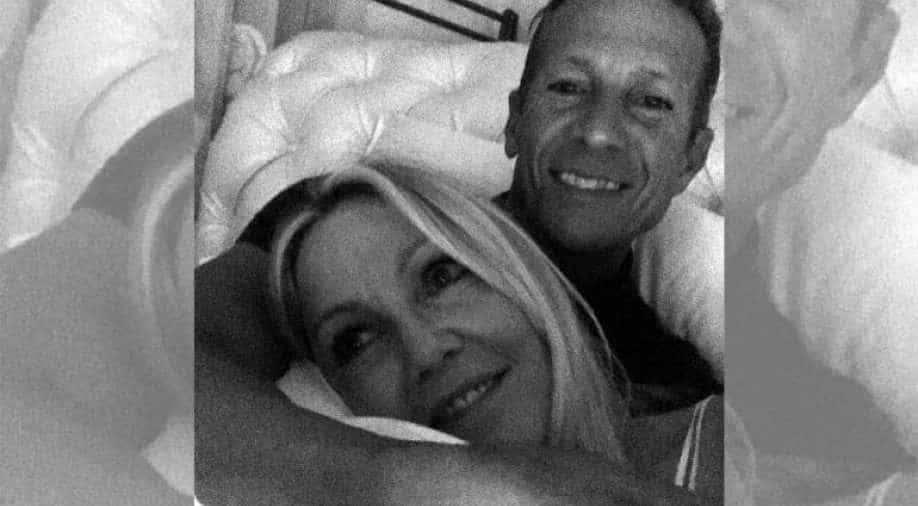 Heather Locklear and Chris Heisser were reportedly high school sweethearts who reconnected years ago but then dated on-and-off for a while.

American actor Heather Locklear has confirmed that she is officially engaged to long-time boyfriend Chris Heisser.

According to news agency, a representative for the 58-year-old star informed that she has been engaged to Chris Heisser since April. ''The 'Melrose Place' actor is really happy with Heisser and has been engaged since the end of April, as they were celebrating her year of sobriety," a source told a magazine.

The source added, "Her family, her parents, her siblings, and her daughter are all supporting her and excited for her." The lovebirds were reportedly high school sweethearts who reconnected years ago but then dated on-and-off for a while.

In April, Locklear celebrated a year of sobriety after a tumultuous two years that saw the actor hospitalised, sued, placed into a psychiatric hold as well as doing a stint in outpatient drug rehab after many personal tribulations.

"Hugs will come later! 1 year sober today!!!" Locklear wrote alongside an image of a lengthy quote - attributed to Maya Angelou - about "life" and what it means to 'live'.

"I have learned that no matter what happens, or how bad it seems today, life does go on, and it will be better tomorrow," the passage reads in part.

The coronavirus outbreak has also made Locklear reflect and she expressed gratitude for all the essential workers and said prayers for those battling the pandemic on the front lines.

In pics: Hollywood Walk of Fame 2021: Meet the new batch of celebs to get their own stars

Last week, she put out a video to her Instagram thanking everyone for their hard work during these trying times. "We are all going through a challenging time right now. I at first want to say thank you to all the first responders, to the people who you order from and they deliver, the deliveries, the doctors, the nurses, the EMTs, everyone who helps us, the bank tellers, people who are working and maybe being susceptible," she said.

"We will get through this by staying apart," she added, sharing that she is grateful for her dog, Mister, and her daughter, Ava. Locklear shares 22-year-old daughter, Ava Sambora, with ex-husband Richie Sambora.