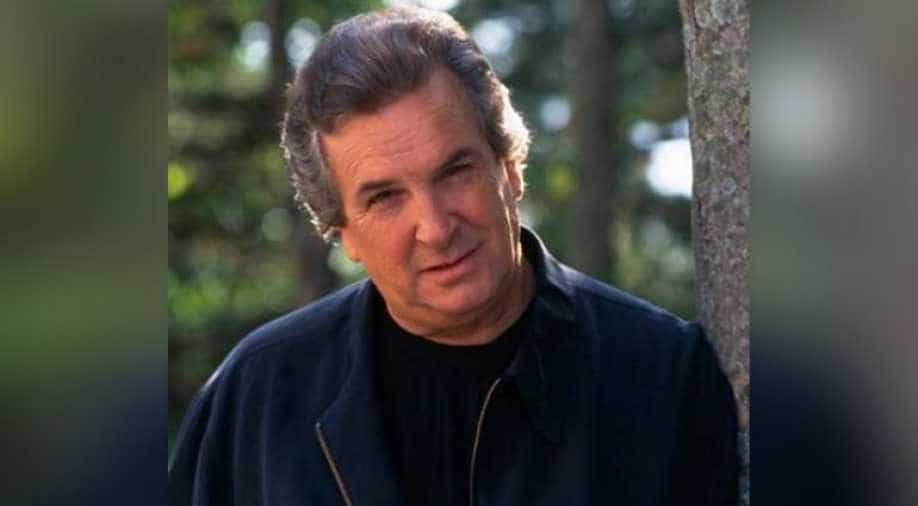 In 2004, his career expanded into music. He released his first single, 'All of Me', as well as an album of standards backed up by an eight-piece jazz band

Danny Aiello, a veteran stage and film actor remembered for his roles in Spike Lee's 'Do the Right Thing', Woody Allen's 'The Purple Rose of Cairo' and dozens of other movies, died at age 86, his publicist and agent said on Friday.

Aiello, who earned Academy Award and Golden Globe nominations for his supporting role as Sal the pizza guy in Lee's 1989 movie, died on Thursday night after a brief illness, publicist Tracey Miller said in an email.

The actor and musician who had amassed more than 100 film and television credits in his career chronicled his life story in an autobiography titled "I Only Know Who I Am When I Am Somebody Else."

"All I can say is that Danny was a rare talent and a wonderful man," his literary agent, Jennifer De Chiara, told Reuters in an email. "The world loved Danny, and he loved them right back."

The New York-born Aiello grew up in poverty in the city's West Side and the Bronx borough during the Great Depression and worked as a baggage handler, union leader and night club bouncer before beginning his acting career at age 35 with roles in stage productions.

He worked his way up to bit parts in films as tough guys, including as a mobster in Francis Ford Coppola`s "The Godfather Part II," in roles that were informed by his background as a self-described man of the streets.

Money was scarce in the early years of his acting career. He piled up debt and anguished over how to support his family.

His fortunes changed when directors began giving him roles with considerable screen time in the 1980s, including a turn as an abusive husband in Woody Allen`s 1985 film "The Purple Rose of Cairo" and in Norman Jewison`s 1987 "Moonstruck," in which he had a role as the befuddled fiance of a character played by Cher.

Tall and heavyset, with black hair combed back, Aiello was a commanding presence on screen and seemed to have a capacity for violence.
In "Do the Right Thing," Aiello`s character, Sal, clashed at times with the black customers of his Brooklyn pizzeria and refused to put photos of African-American celebrities on the restaurant`s "wall of fame."

Aiello told the Orange County Register that Lee gave him creative freedom to write bits of dialogue for his character. The actor helped concoct a scene in which Sal explained to his racist son that he prided himself on making food that black children grew up eating. In the film`s climax, Sal`s Famous Pizzeria is destroyed in a riot.

After "Do the Right Thing," Aiello began receiving fees of nearly $1 million per role, according to a 1991 New York Times profile.

Son of a Seamstress, Born Daniel Louis Aiello Jr. on June 20, 1933, his mother worked as a seamstress, taking other jobs as a cook and at a toy factory, to support him and his five siblings.

To save a few nickels, she burned kerosene lamps in their apartment instead of using electricity and accepted welfare payments, Aiello wrote in his autobiography.

His father associated with mobsters and largely deserted his family, Aiello said. In his childhood, he shined shoes to help the family. He later dropped out of high school and joined the U.S. Army.

Years later, after a series of jobs, Aiello began working as a bouncer at New York`s famed comedy club, The Improv. It was there he began his show business career, taking the stage to sing, tell jokes, emcee or play the straight-man in comedy routines.

Aiello soon pursued roles on Broadway, despite his lack of experience. His first small part in a film came at age 40, in the 1973 baseball drama "Bang the Drum Slowly."

"My interpretation of acting at the time, because I didn`t know how to build a character, was pure energy," Aiello told the New York Times in 2011.

"People call me an instinctive actor. I used to consider that an insult early on, only because I had never studied," he said. "Now, when people call me instinctive, I love it, because it`s what I am."

After already achieving a measure of success, he appeared with Madonna in the 1986 video of her hit single, 'Papa Don't Preach'.

In 2004, his career expanded into music. He released his first single, 'All of Me', as well as an album of standards backed up by an eight-piece jazz band, according to news agency

In 2005, he had a lead role in the independent film 'Brooklyn Lobster', playing the head of a financially troubled seafood business.

Aiello, who lived in New Jersey, had been married for nearly 65 years. He and his wife Sandy Cohen had four children, including Danny Aiello III, an actor, and stuntman who died of pancreatic cancer in 2010 at age 53, as well as 10 grandchildren.

Did Johnny Depp got Amber Heard 'Aquaman' role? Here's what actor has claimed