Abhishek Banerjee on his character Hathoda Tyagi: He wants to cleanse the world for others 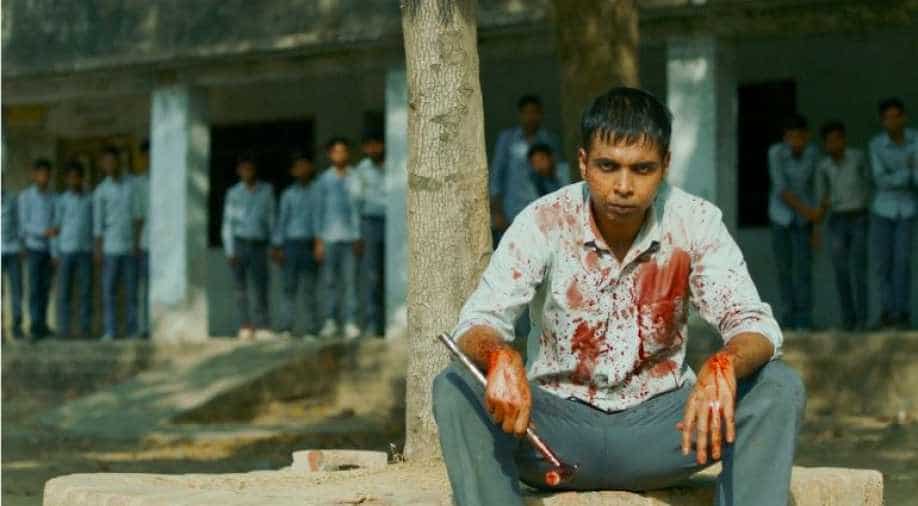 Abhishek Banerjee in a still from 'Paatal Lok' (image via Amazon Prime) Photograph:( Others )

The talented actor is known for leaving the audience in splits with commendable performances in 'Stree', 'Dream Girl', 'Bala' to name a few.

While he certainly may have sent shivers down your spine as Vishal Tyagi aka Hathoda Tyagi in the recently released Amazon Prime Original 'Paatal Lok', don’t let Abhishek Banerjee’s intense look in the crime thriller fool you. On the contrary, the talented actor is known for leaving the audience in splits with commendable performances in 'Stree', 'Dream Girl', 'Bala' to name a few.

Playing the role of the lead antagonist to perfection, Hathoda Tyagi, as one of the most dreadful villains seen in recent times, has become a character that’s certainly put Abhishek in the big league.

Speaking about the process of playing the ruthless hammer-wielding gangster Hathoda Tyagi, Abhishek talks about getting into the skin of the character and how it took a toll on him. He said, “I broke down one day while driving with my wife and kept saying that it's not me. That is when I understood Tyagi. He is a man who’s far beyond anger and revenge. He wants to cleanse the world for others so that there are no more Tyagis."

Watching this crime thriller makes one understand why Tyagi is what he is. Such is his riveting backstory that it makes you want to root for the bad guy.

Abhishek started as a casting director and owns Cating Bay, the company that is instrumental in casting of many popular web series and films. Always enthusiastic to act, Abhishek made heads turn in a brief role in TVF's 'Pitchers'. But his performance as Vishal Tyagi is being considered as the breakthrough performance of his career.

With the case falling into the hands of a Delhi cop Hathiram Chaudhary, portrayed by Jaideep Ahlawat, he begins his mission to bringing the guilty to justice.