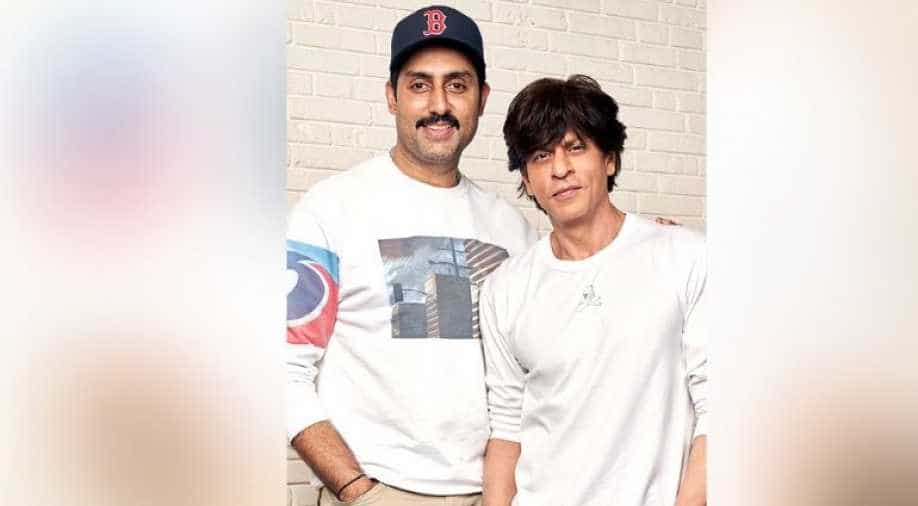 Abhishek Bachchan is all set to star in a film produced by Shah Rukh Khan's Red Chillies Entertainment. Titled 'Bos Biswas', the film will mark the debut of director Sujoy Ghosh's daughter Diya Annapurna Ghosh and will be made in association with Bound Script Production. Shah Rukh`s wife Gauri Khan along with Sujoy Ghosh and Gaurav Verma will serve as the producers.

Reports suggest that the film is a spin-off from Vidya Balan’s 'Kahaani' which had Bengali actor Saswata Chatterjee playing the serial killer by the same name.

Red Chillies Entertainment shared the news on Instagram. "Nomoshkar! Thrilled to announce our upcoming film, #BobBiswas in association with #BoundScriptProduction; starring @bachchan and directed by #DiyaAnnapurnaGhosh," the post read.

Exuding happiness over the announcement, the actor also put out a tweet reading, "Excited to announce my next film!! Bob Biswas. Can`t wait to get started. Working with many favourites."

Meanwhile, Junior Bachchan is also awaiting the release of `The Big Bull` which is being produced by Ajay Devgn. The film marks the duo reunion after seven years, they last collaborated in Rohit Shetty`s `Bol Bachchan`.

It is being helmed by Kookie Gulati and as per media reports, the feature will star Ileana D`Cruz. The first poster of the film was out in September where Abhishek described it as "an unreal story".