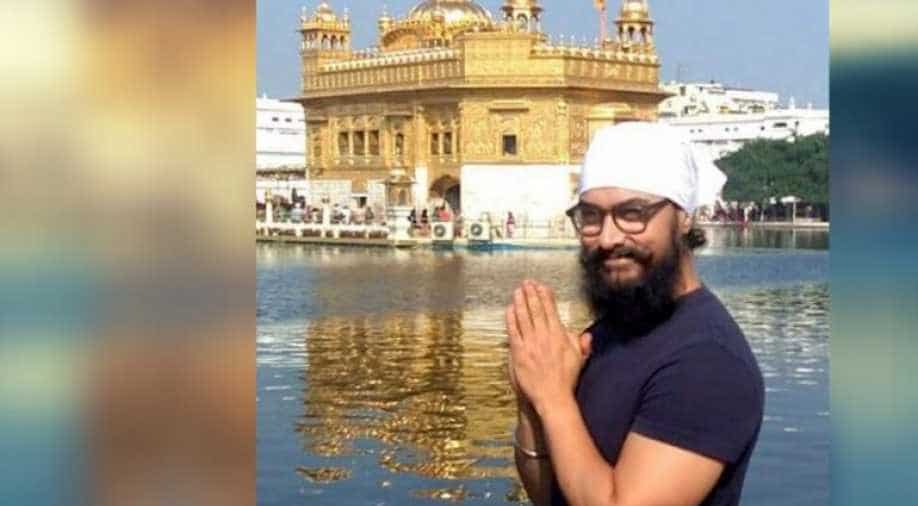 The film was officially announced on March 14, 2019, by Aamir on the occasion of his birthday. The movie is reportedly shot in Punjab.

The perfectionist of Bollywood, Aamir Khan, who is all in excitement for his upcoming release Laal Singh Chaddha  took some time out of the schedule to seek blessings at the Golden Temple in Amritsar, Punjab, on Saturday.

The 'Tare Zameen Par' star was seen in a casual attire sporting a complete bearded look. Surrounded by other devotees, Aamir sought the blessings ahead of the release of his new film in which he is playing the role of a Sikh.

Actor Aamir Khan offers prayers at Gurudwara Harmandir Sahib (Golden Temple) in Amritsar. He is in Punjab for shooting of his upcoming film #LalSinghChaddha pic.twitter.com/jyZMW6LzWQ

The star known for his perfection has gotten into the skin of the character as usual. The actor, who was last seen in the 'Thugs of Hindostan', is pairing up with Kareena Kapoor Khan in 'Laal Singh Chaddha', which happens to be the remake of 1994 American film 'Forrest Gump'.

The comedy-drama film directed by Advait Chandan and bankrolled by Aamir Khan Productions along with Viacom18 Motion Pictures, 'Laal Singh Chaddha' would mark as the third team-up of the 54-year-old actor and Kareena after giving two of the critically appreciated movies '3 idiots' and 'Talaash'.

The film was officially announced on March 14, 2019, by Aamir on the occasion of his birthday. The movie is reportedly shot in Punjab. The buzz took over the media with a storm after he unveiled the teaser poster followed by his look from the movie. The movie is slated to hit the big screens on December 25, 2020on the day of Christmas.