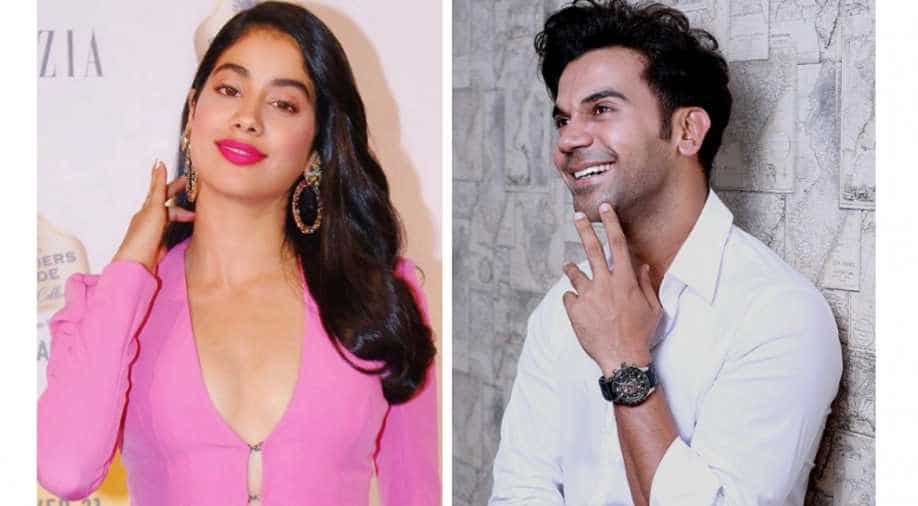 Rajkummar Rao and Janhvi Kapoor are a happy bunch as the duo finished one shooting schedule of their first film together, ‘RoohiAfza’.

The stars had been shooting for the film in Agra since a few days now. They first shot in Manali then in Roorkee to then a village near Agra.

The film is said to be a horror-comedy and Janhvi is set to play a double role. The pictures of the actress in her character’s attire went viral recently.

In one photo, Janhvi and Rajkummar strike a pose with their team in Agra. In another, actor Varun Sharma is seen posing.

Helmed by Hardik Mehta, the film is written by Mrighdeep Singh Lamba and Gautam Mehra. It is being produced by Dinesh Vijan who also gave us the superhit film, ‘Stree’.

The shooting of the first schedule of the film wrapped up after which Janhvi returned to Mumbai last night.