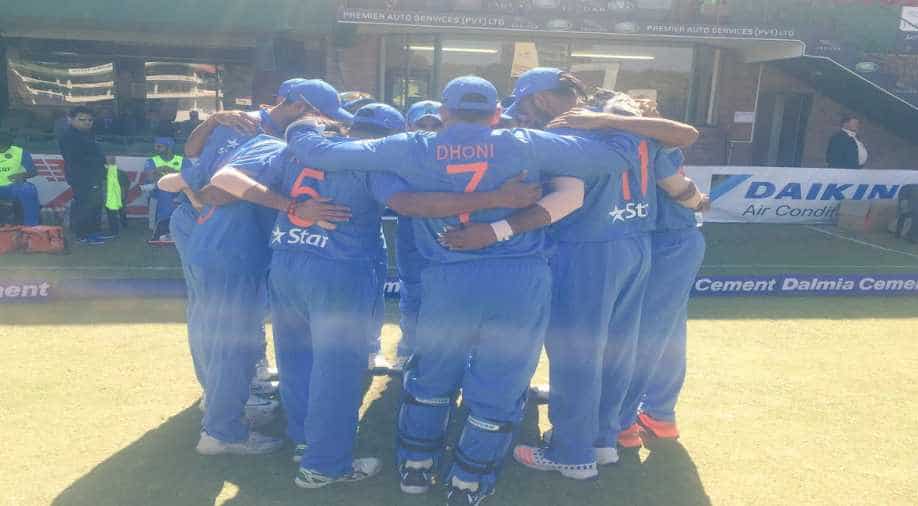 Zimbabwe are currently up 1-0 in the three match series. Photograph:( Twitter )

Follow Us
Zimbabwe won the toss and elected to bat first in the crucial second T20 of the three-match series at Harare Sports Club today.

As far as Playing XI is concerned, India have roped in Dhawal Kulkarni and Barinder Sran in place of Jaydev Unadkat and Rishi Dhawan for the must-win match while the hosts have replaced Mutumbami with Peter Moor.Having lost the first T20 in a thrilling encounter, India will have to win the second match in order to keep the series alive.

Meanwhile, the hosts, who suffered a whitewash in the ODI series, will aim to seal the series.Zimbabwe are currently leading the series 1-0 following their two-run win in the opening T20.