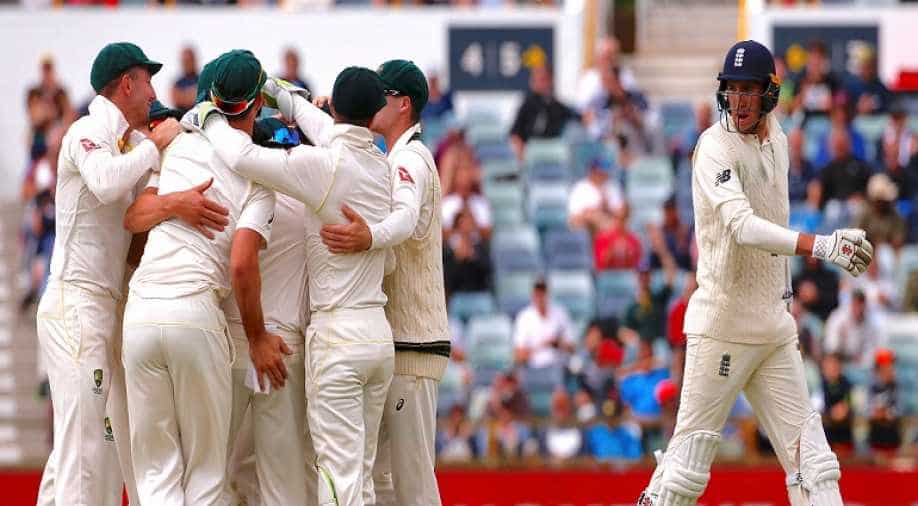 Australia regained its Ashes urn after defeating England in the third Test match in Perth on Monday.

Skipper Steve Smith's team won the match by an innings and 41 runs on day five of the third test match to take an unassailable 3-0 lead. Two Tests are still to be played.

The poms reluctantly resumed at 132/4, clinging to hope that wet weather could keep the five test series alive.

England had scored 403, with centuries from Dawid Malan and Jonny Bairstow. Australia replied strongly with a double century from Smith and a century from Mithcell Marsh and scored a mammoth 662 for 9. The team was later declared.

England had to score 259 to make Australia bat again. But Australian bowlers led by Josh Hazlewood, (5 for 48) scuttled England's chances by bundling them out for 218.

England lost the first Test by 10 wickets and second by 120 runs.